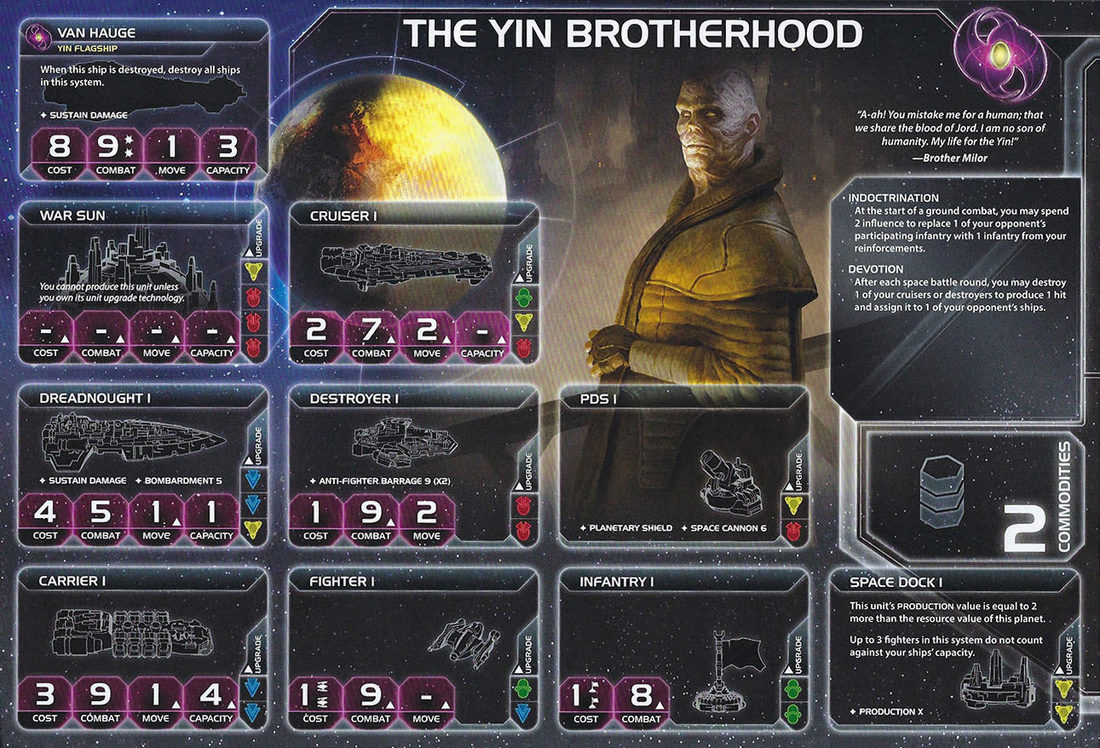 The Yin are a group of clones created by a Sol doctor many years ago and have basically formed a religion around him. There are no women in their society, and so for the longest time life has been peaceful. Now, great in wisdom and number, they have decided to share their wealth of knowledge with the rest of the universe. I think of them as a mix between Mormon missionaries and Storm Troopers. They're out to proselyte, but ready to kick your butt.

Only real trouble with these guys is their 2 commodity limit. And those two commodities are wine and fruitcake.

Indoctrination: At the start of Ground Combat, pay 2 influence to replace 1 of your opponent's infantry with 1 of your own.

This is superior to the TI3 version, where converting an enemy unit was a chance die roll. And using influence is more thematically sound, which think I like.

Devotion: After each round in a space battle, you may sacrifice a Destroyer or Cruiser to assign a hit to an opponent's ship.
​
Sure, it costs a ship, but being able to choose where a hit is assigned can be a big deal, especially if you can follow up with a Direct Hit action card. 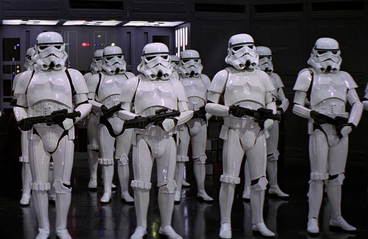 We're already clones. Whose idea was it to dress the same?

Yin Spinner : After 1 or more of your units use Production, place 1 infantry from your reinforcements on a planet you control in the system.

Impulse Core: At the start of a Space Combat, you may destroy 1 of your Cruisers or Destroyers in the active system to produce 1 hit against your opponent's ships; that hit must be assigned by your opponent to 1 of his non-fighter ships if able.

Impulse Core just seems like a weaker version of the Yin's racial ability, Devotion. If I'm being honest, I would place both of these racial techs as lower priority in research. 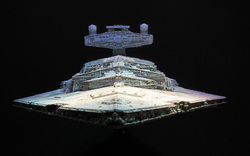 VAN HAUGE:
Sustain Damage
When this ship is destroyed, destroy all ships in the system.

You may notice that the Yin Flagship's suicide bomber ability is the same as the Nekro Virus flagship from TI3. Turns out this was a mistake from TI3 that got fixed in TI4: the hyper-explosive Flagship was always intended for the kamikaze-prone Yin.
<-- Back
Powered by