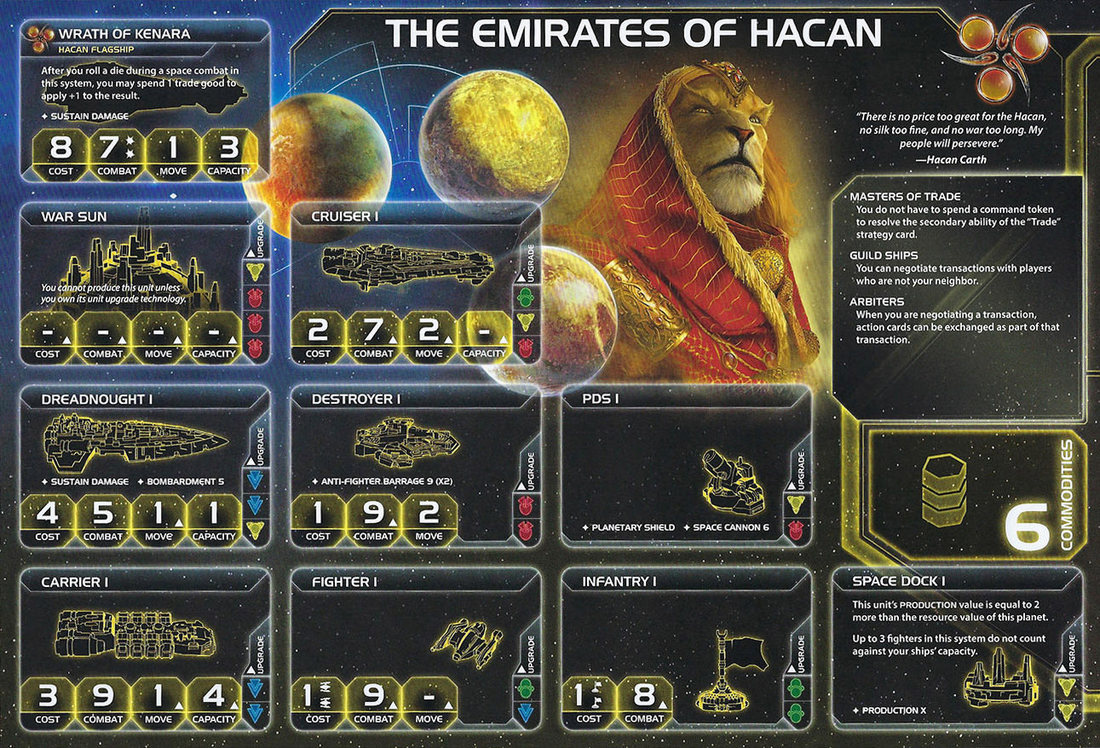 The only thing scarier than a hungry lion is a hungry space-lion with an entourage of guards armed with jewel-clad laser rifles. In TI4, the Hacan fill this particular niche, much as they did in TI3. However, the application is slightly different due to changes in how trade functions in TI4.

As TI4 has introduced the concept of Commodities, which can be converted to Trade Goods by trading with neighbors, the old-fashioned Trade Agreements have been done away. While more dynamic, and allowing more trade to occur overall, the new system generally requires adjacency. The Hacan, however, with their sassy Guild Ships, are allowed to trade with any player. They also have a higher Commodities capacity than other races as well, allowing them to accrue a greater fortune. If that weren't enough, their Masters of Trade ability means they don't need to worry about stingy or antagonistic Trade Masters using the Trade Strategy, as they can always fill their commodities when Trade is played without spending a token. And, unlike other races, they may include Action Cards as an item of trade.

As we all know, cats are cute but evil. TI4 cats are slightly less evil, however,  than in TI3. Quantum Datahub Node used to be a one-way benefit to the cats, screwing over a friend, but at least now they have to pay for it. And Production Biomes got a bit of a nerf, but its status as an ACTION can make it a nice turn burner if you need to outlast those pesky Yssaril Tribes. 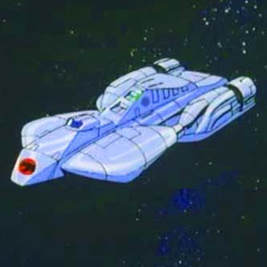 After you roll a die during a space combat in this system, you may spend 1 Trade Good to apply +1 to the result.
<-- Back
Powered by