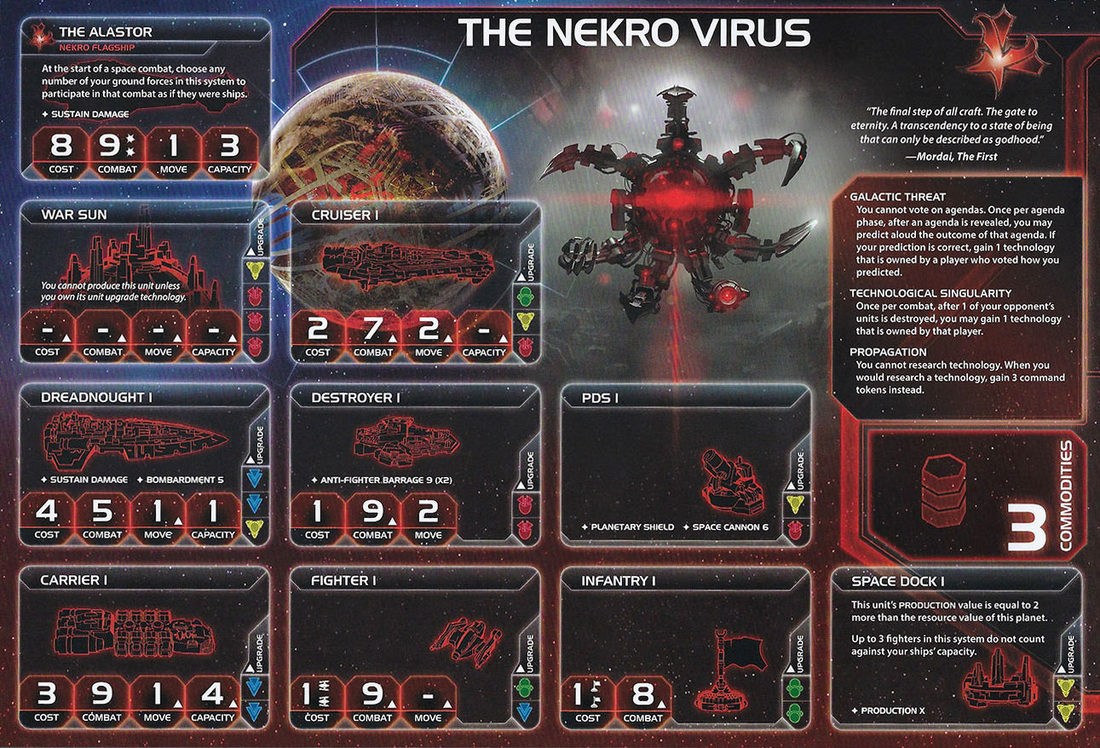 If you feel that organic beings aren't for you, then TI4 has you covered with the Nekro Virus. The Nekro Virus sprang from the L1Z1X Mindnet, the cyborg remnants of the ancient Lazax, when an experiment went awry as a noteworthy cybernetic enhancer​ named Mordai had the mechanical portions of his body excise the biological portions. The Nekro Virus was formed, a legion of spider-like machines bent on ridding the galaxy of lesser organisms. And they steal tech. They're basically the Replicators from Stargate SG-1. 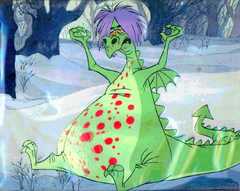 The Nekro Virus is not allowed to vote on agendas. Yes, universal suffrage is slow in this arm of the galaxy. However, what they can do is predict the outcome of an agenda when it is read. If the agenda result matches their prediction, the Nekro can copy the tech of anyone who voted that way.

Once per combat, after 1 of your opponent's units is destroyed, you may gain 1 technology owned by that player.

​At least if you can't get the Leadership strategy card, you can take Technology in  a pinch for some counters.

Also, from what I can tell, you can't copy unit techs printed directly on the player sheet (Such as the Sol's starting carrier or the Muaat prototype War Sun. But you CAN copy it when it is upgraded and the card has been added to the sheet.

The Nekro start with their racial techs! Hooray! But they have to murder someone before they can use it... 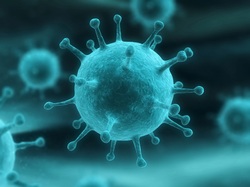 Cost: 8  Battle: 2 dice at 9  Move: 1  Capacity: 1
At the start of Space Combat, choose any number of Ground Forces in this system to participate in the battle as if they were ships.

Not nearly as terrifying as in TI3. A bit weaker, and note their ability has been switched with the Yin. That was due to a mistake in TI3. It is now corrected to the original intent, and matches better thematically. Anyway the Nekro are terrifying enough without needing a self-destructing flagship. 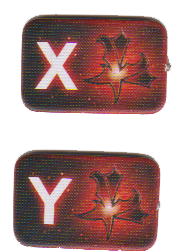 These markers are used to place on copied racial technologies of other players when you use your Valefar Assimilators.
<-- Back
Powered by