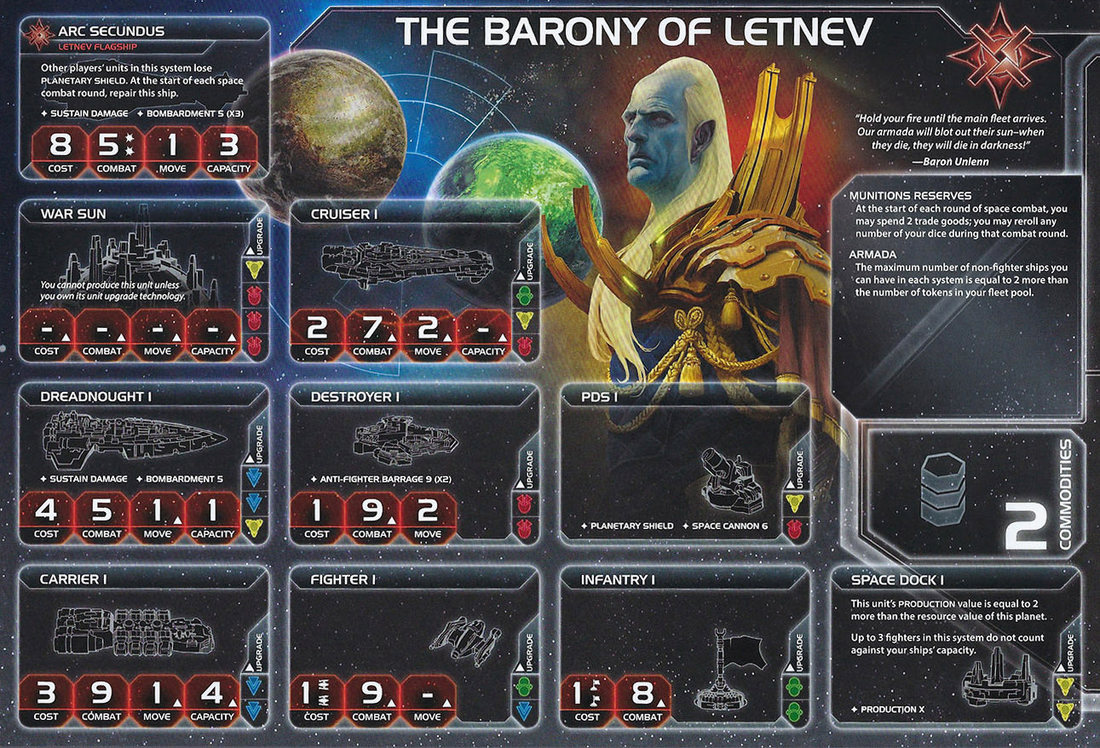 The artwork in TI4 has made it more clear that the Letnev are Steampunk Space Elves, and not simply Space Nazis as I used to call them. The Letnev are masters of industry: sweat shops (and sweet shops!) dot the wasteland. With a high production Home System and an increased Fleet Supply, they can be a behemoth in the early game. 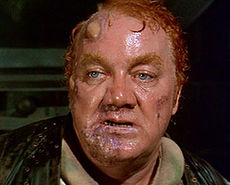 Before any Space Combat round, may spend 2 Trade Goods to reroll any number of dice. Similar to TI3, slightly modified.

Can have 2 additional capital ships in a fleet over the fleet limit.


Hylar V, now obsolete, has been updated with the new Plasm Scoring technology. Other than that, few changes in Starting Units or Starting Tech.

When you use the Sustain Damage ability of one of your units, it prevents 2 hits instead of just 1.

During an invasion, units cannot use Space Cannon against your units.

Disruptors would be better of they worked in Space Combat as well. Oh well. Noneuclidean Shielding is pretty great for a Dreadnought-heavy fleet. 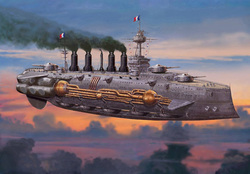 Sustain Damage: Opponent loses Planetary Shield; This ship repairs at the start of each Space Combat round

Nice! Combine this with Noneuclidean Shielding to soak an awful lot of hits.
<-- Back
Powered by