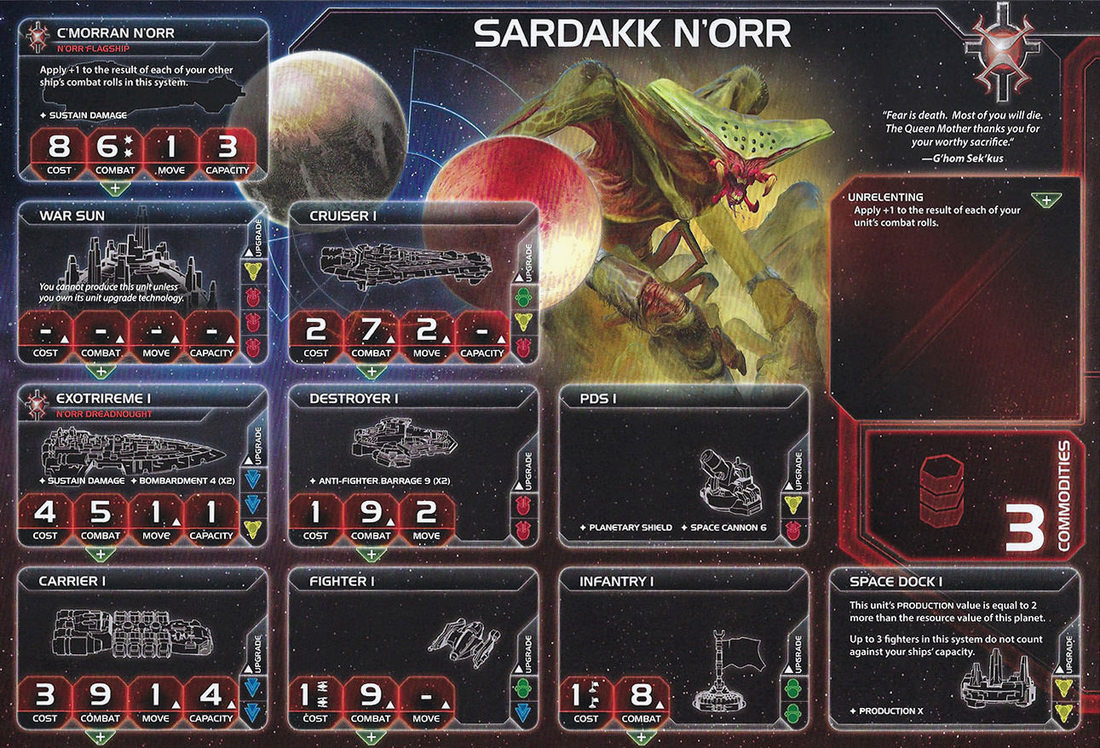 The Sardakk N'orr is a race of giant bugs. Bugs with weapons. And spaceships. They are, in fact, one of the more aggressive races in Twilight Imperium. Though not generally considered as much a threat as the L1Z1X and perhaps not as scary as the Nekro, the Sardakk is a good race to play for new players as it is very straightforward mechanically. (Not so much strategically, but experienced players should be offering a little guidance in that regard.) Still, it doesn't seem to be a race that garners a lot of attention and I doubt there are any experienced players who would put them in their top 5 races to play. Still, a good player can do a lot with these guys. You just need to realize that an aggressive strategy still requires a great deal of diplomacy. 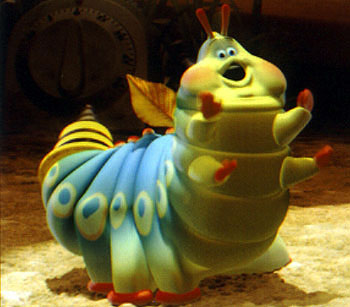 Despite their reputation for violence, many of the galaxy's greatest street performers hail from the Sardakk N'orr.

You receive a +1 to all your Combat Rolls during Space Battles and Invasion Combat rounds.

Doesn't get any more straightforward than that.


The Sardakk N'orr received a much-needed second Carrier in TI4. I think a lot of people house-ruled this in TI3. 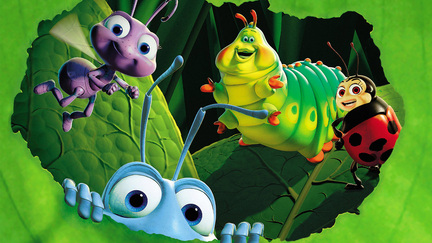 A Sardakk platoon breaches the hull of an Arborec Cruiser.

After making combat rolls during ground combat, if your opponent produced 1 or more hits, you produce 1 additional hit.

​Dreadnought upgrade which makes the ship immune to Direct Hits; can self-destruct to destroy 2 units in the system. 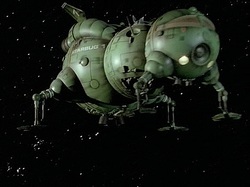 You receive +1 to your space combat rolls in this system.

Remember, a War Sun is getting auto hits teamed up with the Flagship! If those idiot bugs can ever get the tech.
<-- Back
Powered by