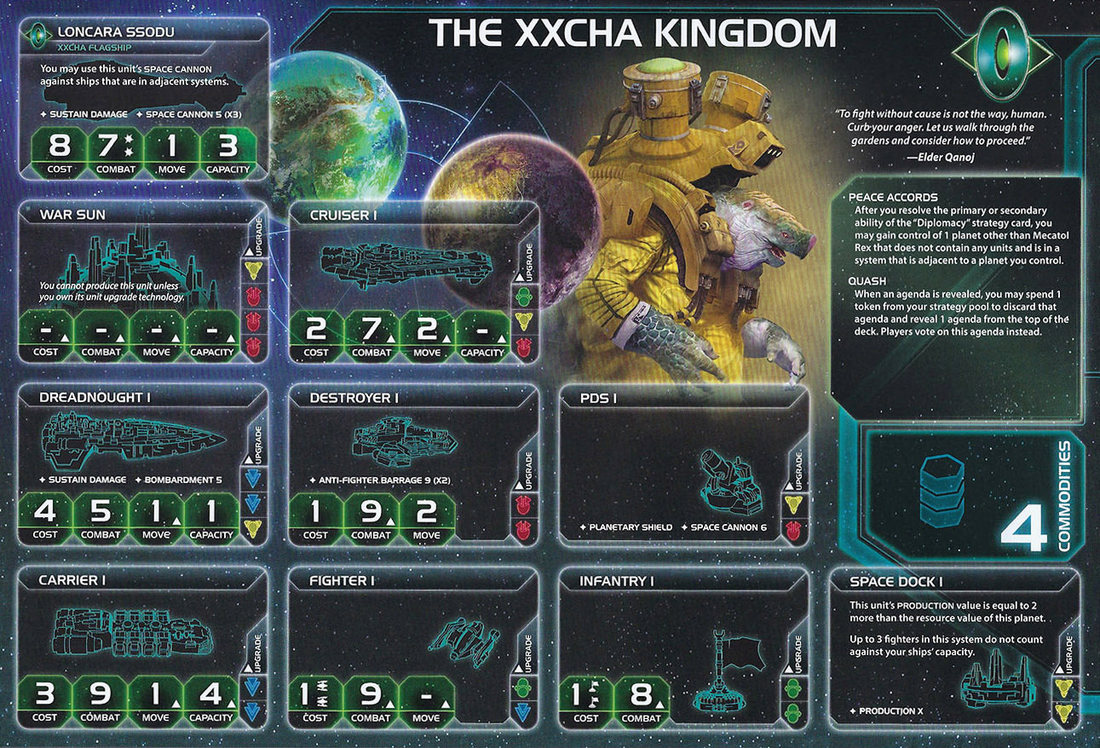 The Xxcha  are a race of Turtle folk who are more interested in Diplomacy than violence. They are actually the least militaristic of the races in Twilight Imperium (though not necessarily the weakest). I also find they are one of the most maligned by players, which makes me sad because I kind of like them. You see, a lot of players reduce Twilight Imperium to its base mechanics and say things like 'Team X wins n% of the time and Team Y is only Tier 3 because of X...'. Hooey, I say. If you want game mechanics you can play chess or Axis and Allies (which are also great, don't get me wrong). But TI is just as much about politics and the interaction between players. When you sit at the board and take a look at your race, do you analyze how many ships you have and what kind of tech you start with? Or are you the sort of player who thinks, 'Bob has such-and-such a play style. How can I exploit that?' Or, 'I know Sandy likes chocolate. I have some in the cupboard. I'll keep that in mind if I want her to do something for me.' If the latter is true, you may be an Xxcha player.

While this example relies heavily on playing people named Bob and Sandy, the principle is that the Xxcha is a race for political gamers. I have a friend who in general hats competitive games. But he will play TI3 and TI4, because he can play a race like the Xxcha and take a diplomatic/political approach to the game.  Not everyone likes that aspect of the game, but if you do, I think you can have a lot of fun with the Xxcha, because that is what they are about: diplomacy, subtle manipulation, and political favoring. 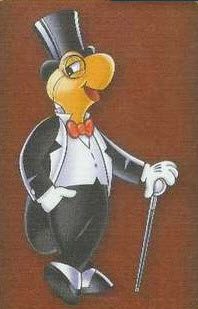 'Mr. Speaker, I request permission to be delicious.'

After you resolve the primary or secondary ability of the Diplomacy Strategy, you may gain control of 1 planet other than Mecatol Rex that does not contain any units and is in adjacent to a planet you control.

I just noticed that Home Systems are vulnerable to this, if some fool leaves it empty. Anyway, as Annexation has been removed from the Diplomacy card, it is a unique strategy to the Xxcha in TI4. Last game I played the Xxcha player used this to great effect for rapid early-game expansion. Easy because there is no competition for Diplomacy in the beginning of the game.

When an agenda is revealed, you may spend 1 token from your strategy pool to discard that agenda and reveal 1 agenda from the top of the deck. Players vote on this agenda instead.

What are these guys doing with 2 Cruisers? Anyway, they have 4 infantry instead of the 2 in TI3. 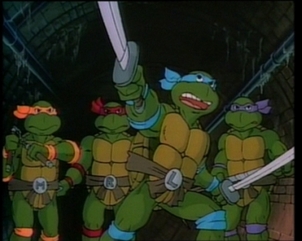 As the Xxcha look so much alike, many platoons have taken to color-coding their troops.

After another player activates a system that contains 1 or more of your ships, you may exhaust this card and spend 1 token from your strategy pool; immediately end that player's turn.

This certainly makes you a hassle to attack! Works great as a deterrent. A diligent foe will still find a way to fight you, but you won't often be the first choice of targets, all else being equal.

You may exhaust this card and spend 1 token from your Strategy Pool when another player plays an action card; cancel that action card.

Looks like you can play this off-turn, so don't be shy to sell your talents for a hefty fee! 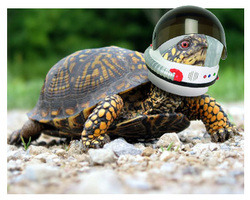 Cost: 8  Battle: 2 dice at 7  Move: 1  Capacity 3
You may use this unit's Space Cannon against ships in adjacent systems.

Very powerful for fortifying a defensive position!
<-- Back
Powered by