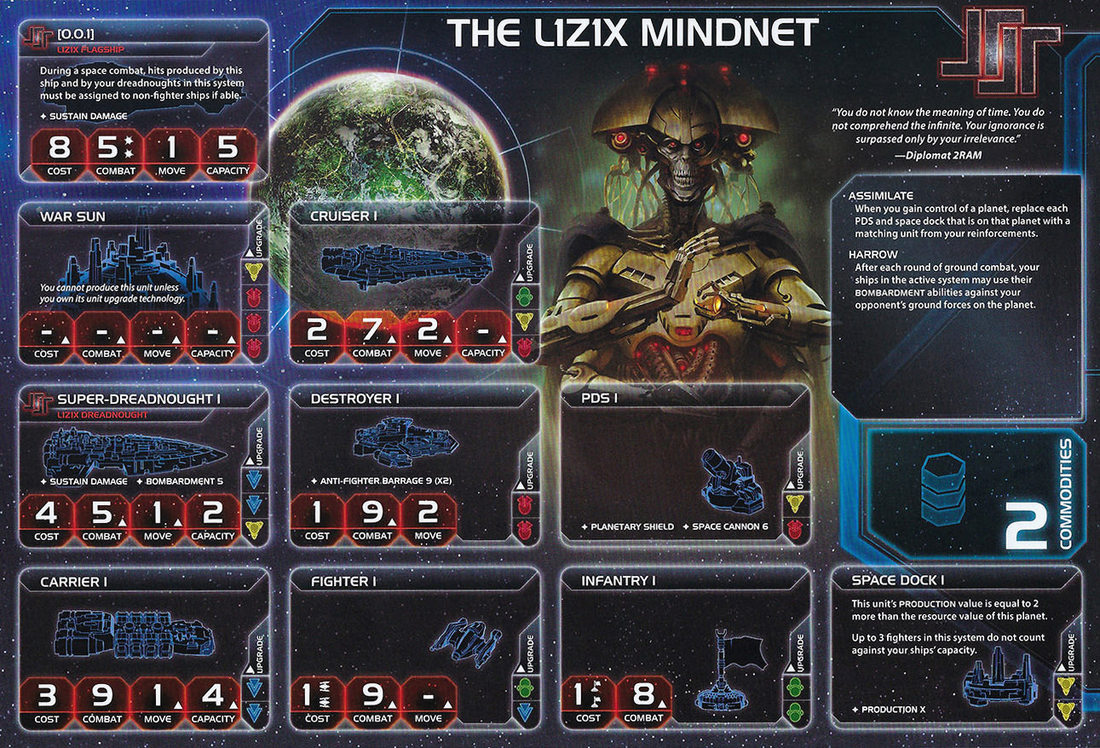 A long time ago, in a galaxy far away, said galaxy was ruled by a race of four-armed aliens called the Lazax. Blah blah blah they were destroyed, and then Lo and Behold! they showed up again, but this time they were cybernetic monstrosities! They now wish to take their original place as the rulers of Mecatol Rex. The other races, including the caretakers of Mecatol Rex, aren't so sure these be the right guys for the job. For one, they're pretty scary. They're basically the Borg from Star Trek: The Next Generation. 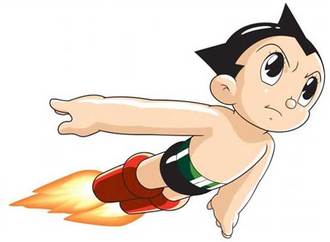 He may look like a boy, but he's more machine than man, now.

Assimilate:  When you take over a planet with a PDS and/or space dock, you can replace them with your own (they are usually destroyed).

Harrow:  You can Bombard after each round of combat.

Super-Dreadnought: Their starting Dreadnought has an extra capacity.


The terrifying Inheritance Systems returns, allowing the L1Z1X access to high-level techs early in the game, as long as they have a bit of extra cash. 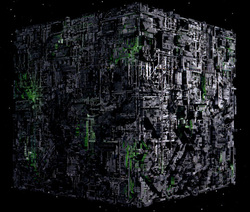 When this ship is present, all hits from your Flagship and Dreadnoughts must be taken by opposing non-fighter ships (if able).
<-- Back
Powered by