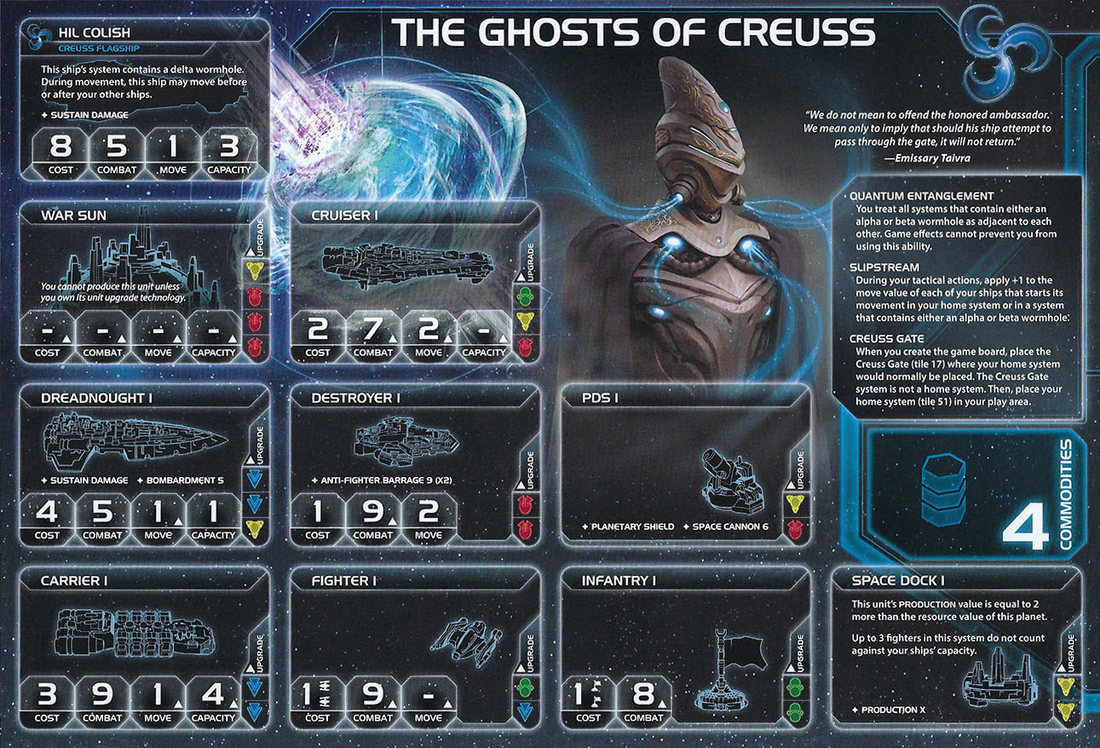 Do you know what's scarier than a ghost? A ghost with a spaceship. Yes, these inter-dimensional travelers are the monsters of myth and legend, appearing and disappearing in the blackness of space. Masters of the wormhole, they slip through the galaxy, silent as...uh...ghosts, I guess.


The general tone of the Ghosts remains from TI3, with a few minor adjustments. Quantum Entanglement remains the same (alpha and beta wormholes are considered adjacent to each other, and game effects cannot prevent Ghost access to wormholes.) The Creuss Gate, an extra space tile, adds some distance between the ghost home world and the rest of the galaxy. One minor change is the Slipstream. Rather than give the ghosts Carrier II, their ships can move an extra space that starts in their home system or an alpha or beta wormhole. So they are both fast, sneaky, and hard to catch.

Now a story from TI3. I always wanted to play the Ghosts, and got the opportunity in two consecutive games. In both games, an Agenda item was brought to vote regarding Wormhole research. If passed, this law meant a die would be rolled, and a chance outcome revealed. A roll of 1-3 meant all fleets on a Wormhole would be destroyed. As the Creuss, all my fleets were on Wormholes, so I fought vehemently against the bill. Both time the bill passed, and both time the roll came up that all my fleets were destroyed. Twice in a row. So I can confirm that these ghosts are, in fact, cursed.

Dimensional Splicer: At the start of a battle in a wormhole system and in which you have at least 1 ship, you can assign 1 hit to any 1 enemy ship of your choice.

Slave Wormhole Generator: At the start of each Status Phase, you may place (or move) your extra "A" or "B" wormhole token into any empty or friendly non-Home system. (The Ghosts come with cardboard tokens to represent these home-made, fresh from the oven wormholes.) 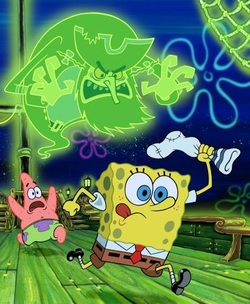 Sustain Damage
​
System contains a Delta wormhole. The Hil Colish may move before or after the rest of the fleet.