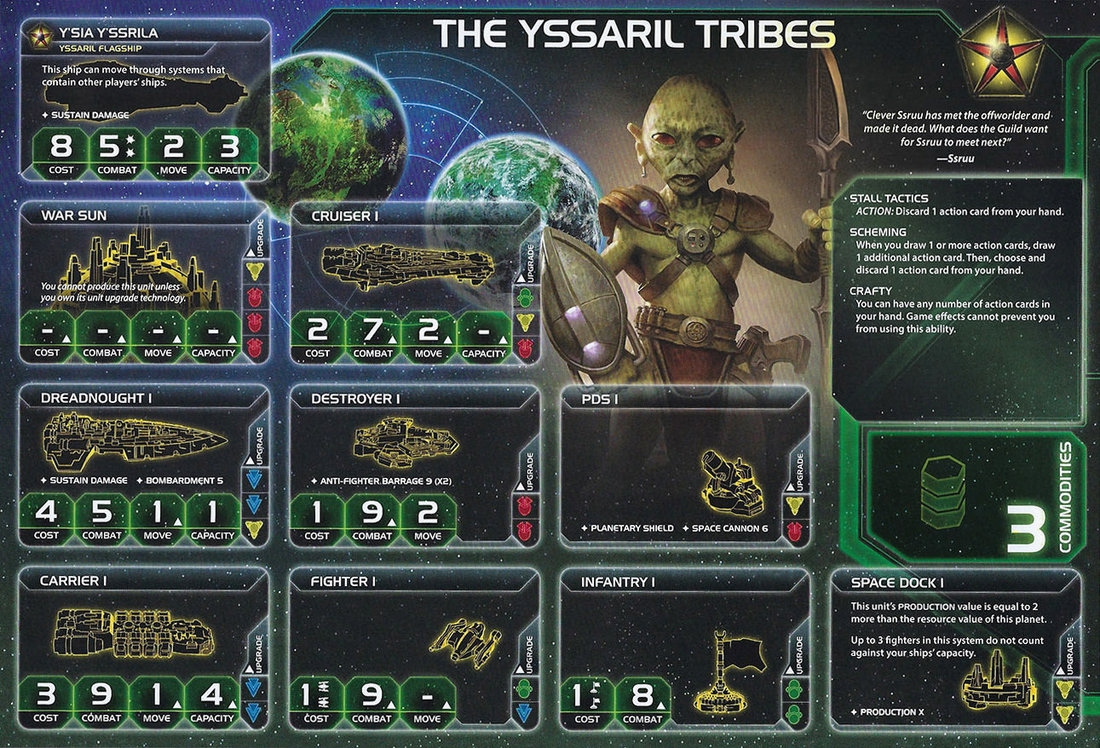 The Yssaril are a race of sneaky little green creatures that are clearly based on Gollum in Lord of the Rings. For centuries they remained hidden, then were found and sold, studied, and hunted for sport; and finally, after decades of sneaking around and stealing technology from invasive alien species, they have risen up as contenders for leadership in the Galaxy.

The Yssaril have long been touted as the most powerful race in the game. They have the ability to skip a turn, allowing them to see how the board plays out before committing to an action. This lets them wait for everyone else to use up their turns, and then swoop in and claim points when no one can retaliate. 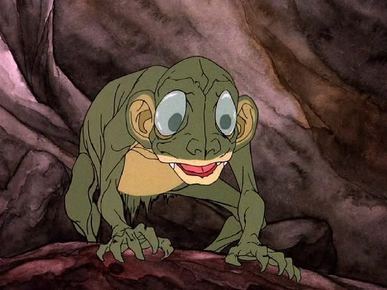 They all bows to us, Precious! They bows to us!
I haven't seen this play out in my games. They certainly haven't won more than other races I've played against. I can certainly see the value in their ability, but they aren't too hard to crush if you team up against them. My feeling is, if you are the style of player who values optimization and technical play more than the political/social elements, and so are your opponents, Yssaril will probably win more often. If you and your group are down to sacrifice your own interests to stop the Gollum-folk from getting out of hand, then they aren't hard to keep in check. 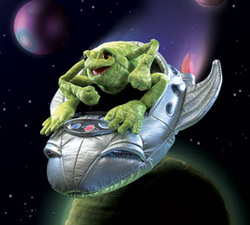 This ship may move through systems containing enemy ships. Better attack than the TI3 version, but lower capacity.
<-- Back
Powered by