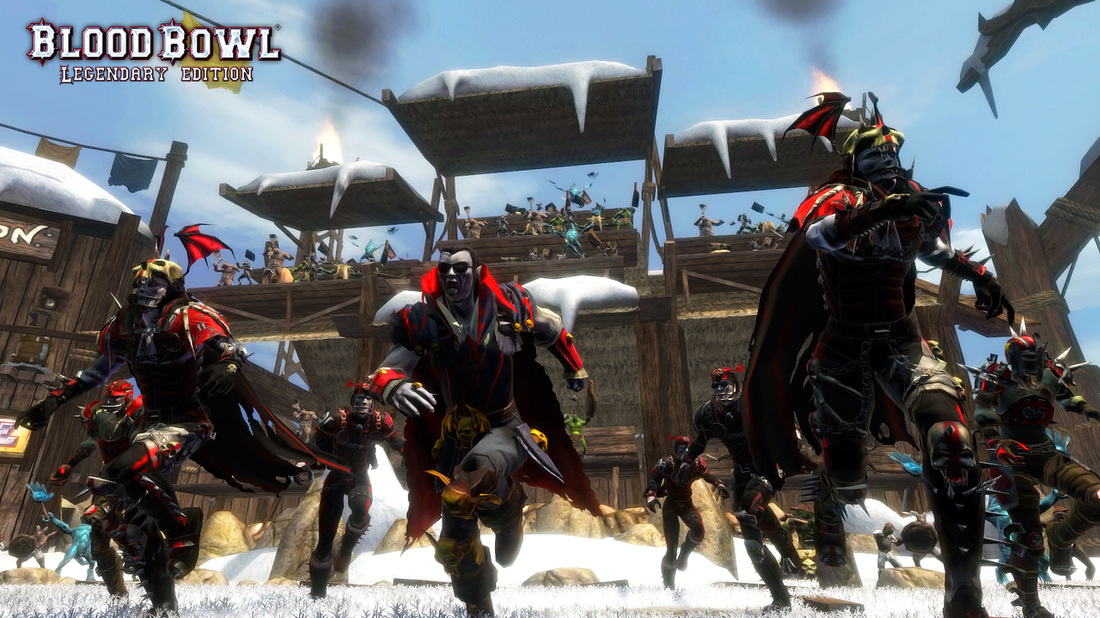 What's cooler than a vampire that sparkles? A vampire in sunglasses. Also, 'The Avengers'. The Vampire team consists of strong, agile players who are quite a force to be reckoned except for one teensy problem: they need to drink blood. And this need can't always wait until halftime. No, when they need blood, they need it right now! So in order to satisfy this need, the Vampire team also fields Thralls, which are lackey servants who serve as ATM machines for the Vampiric withdrawals from the blood bank. Thralls themselves are average players, but not to be trifled with as they aren't especially weak. But whenever a Vampire feeds on one, it causes an automatic Injury roll. If a Vampire needs to feed but can't get to a Thrall, it suffers a Turnover as the Vampire runs off the pitch.

Kind of a tough team for Beginner players, I would recommend giving your Vampires Pro and Leader skills as they advance to allow for rerolls if Vampire's fail their Blood Lust checks. (Blood Lust is a roll the Vampire makes to see if it needs to feed). I suppose this is a team that exhibits a very strong line-up rendered handicapped due to a serious addiction. 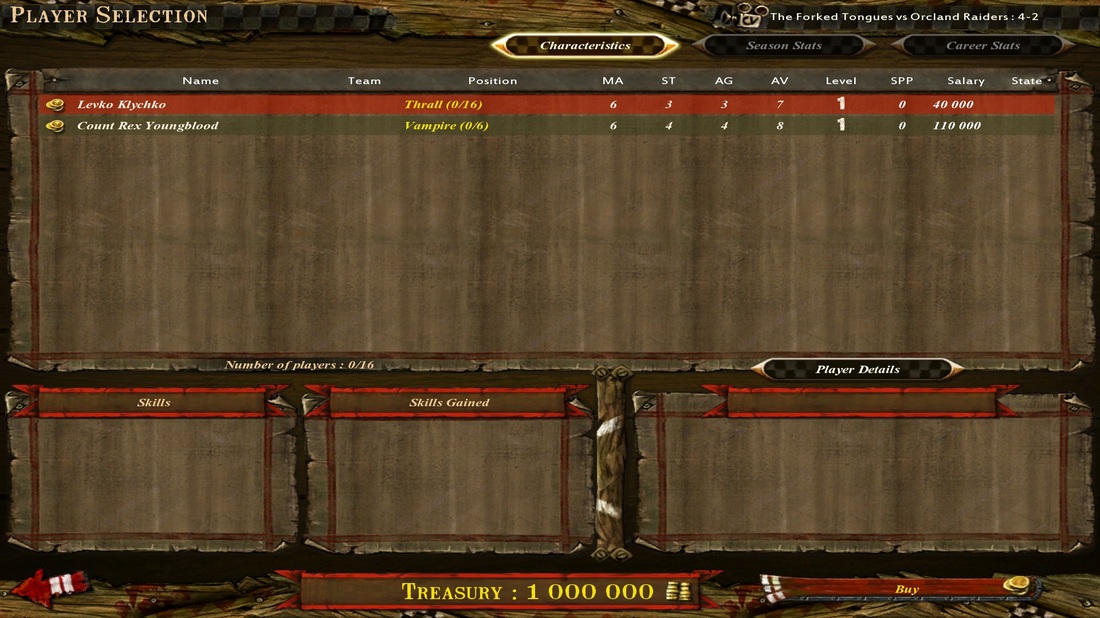 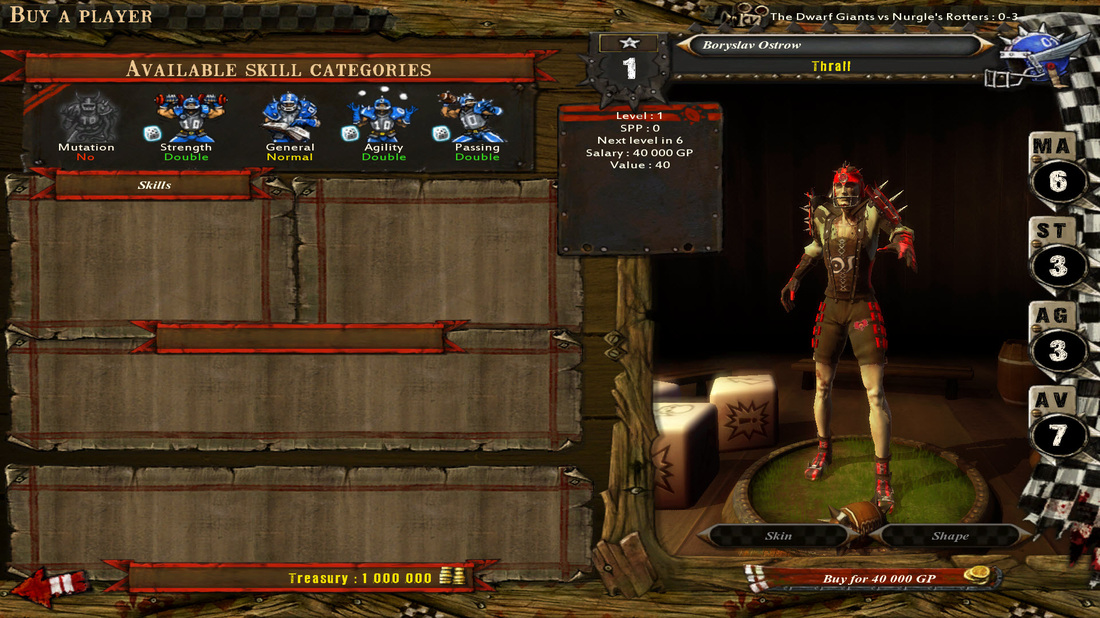 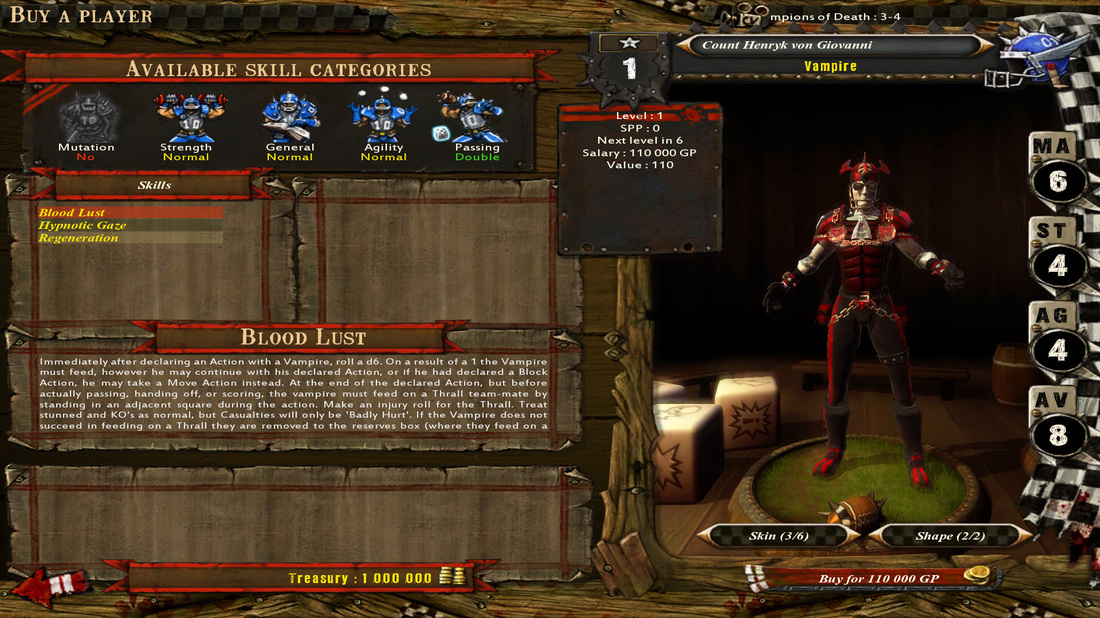