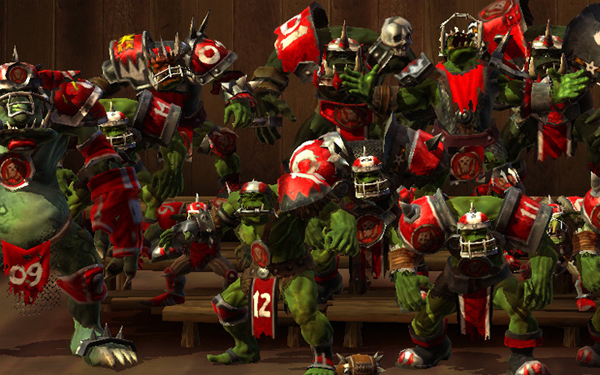 One of my personal favorites, Orc teams are tough, well-armored, and though they aren't exactly the best at playing the ball they aren't the worst either. They have strong Blockers (who don't start with the Block skill, interestingly enough), reasonably fast Blitzers, Throwers, and can even make use of a Troll and Goblins. Orcs have pretty good armor as well, so it's less common to suffer serious injuries (unless you decide to field Goblins, of course).

I can't really think of a down side to playing Orcs, They aren't spectacular at ball-handling, but they're far from the worst team at it. The Linemen and Blockers don't start with any skills, so I guess that's a little bit of a negative. 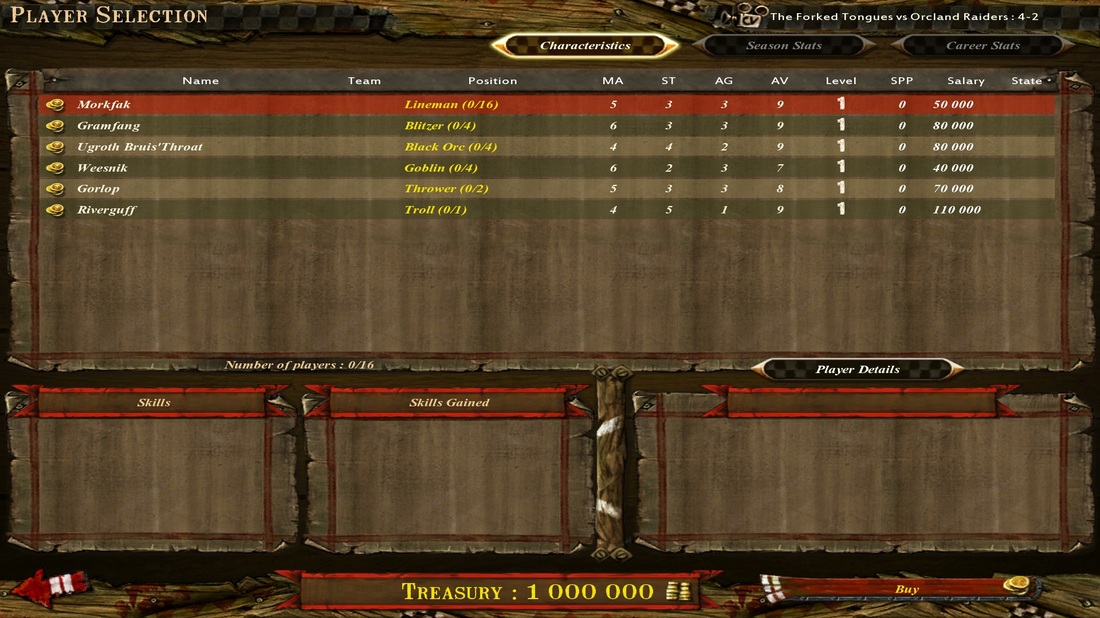 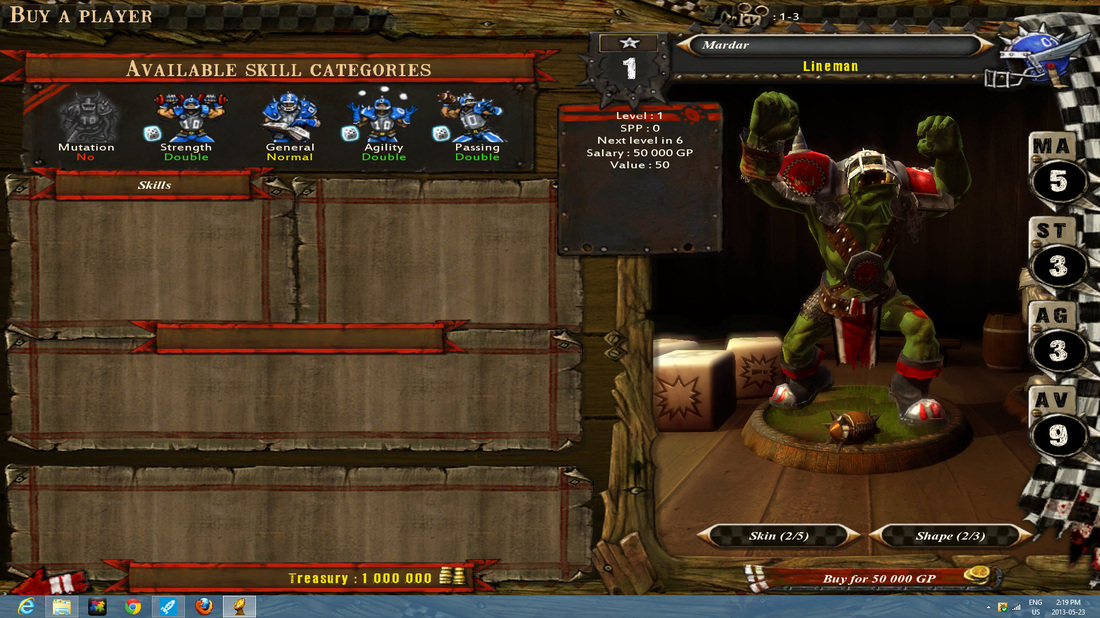 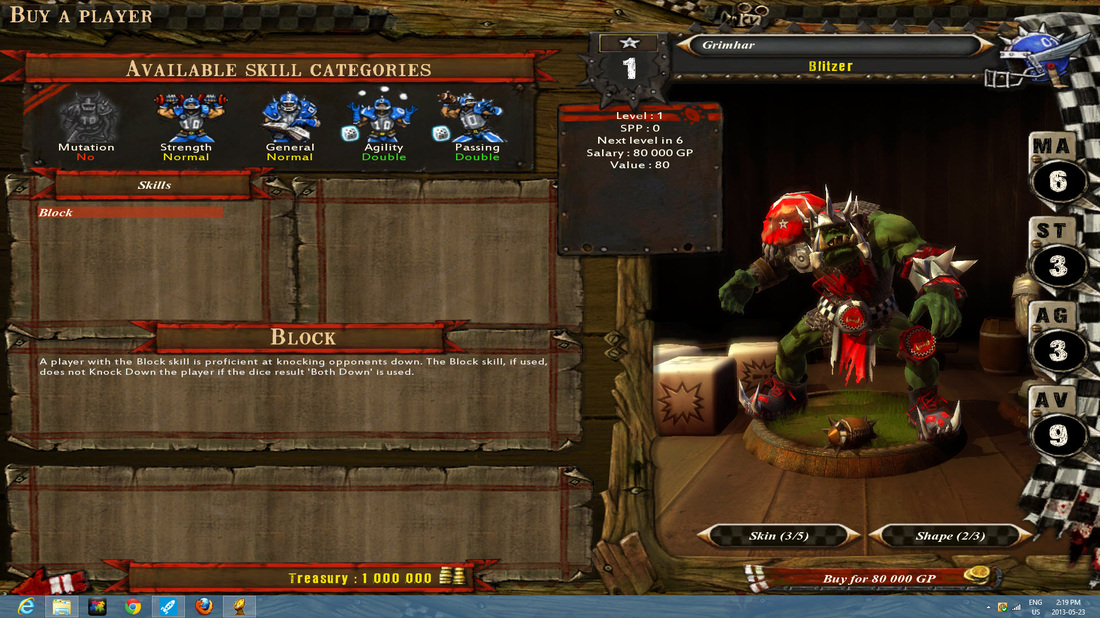 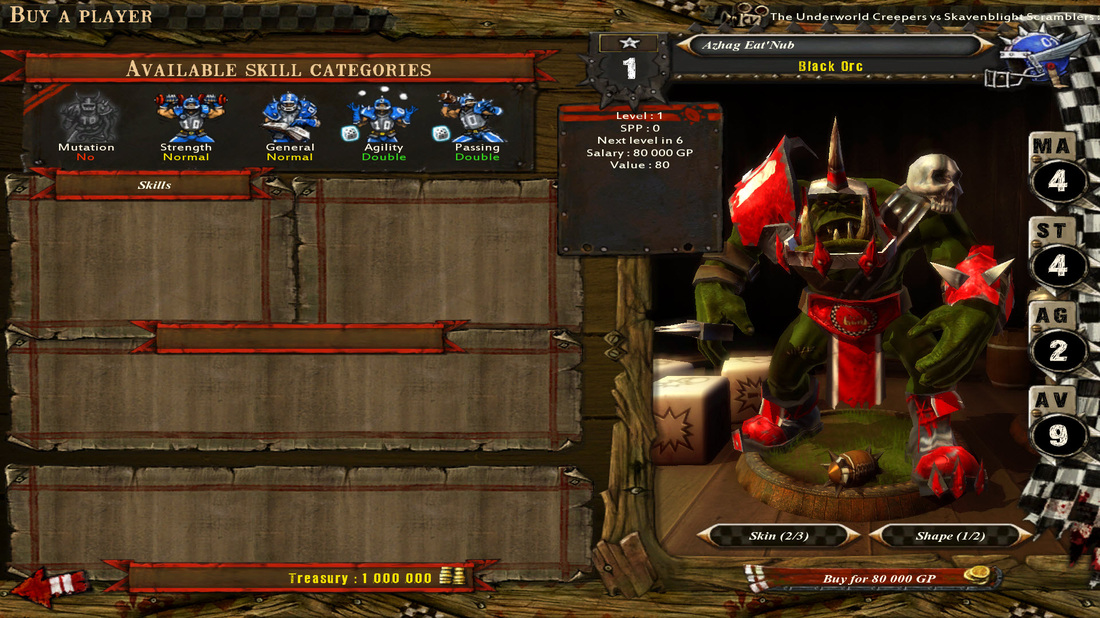 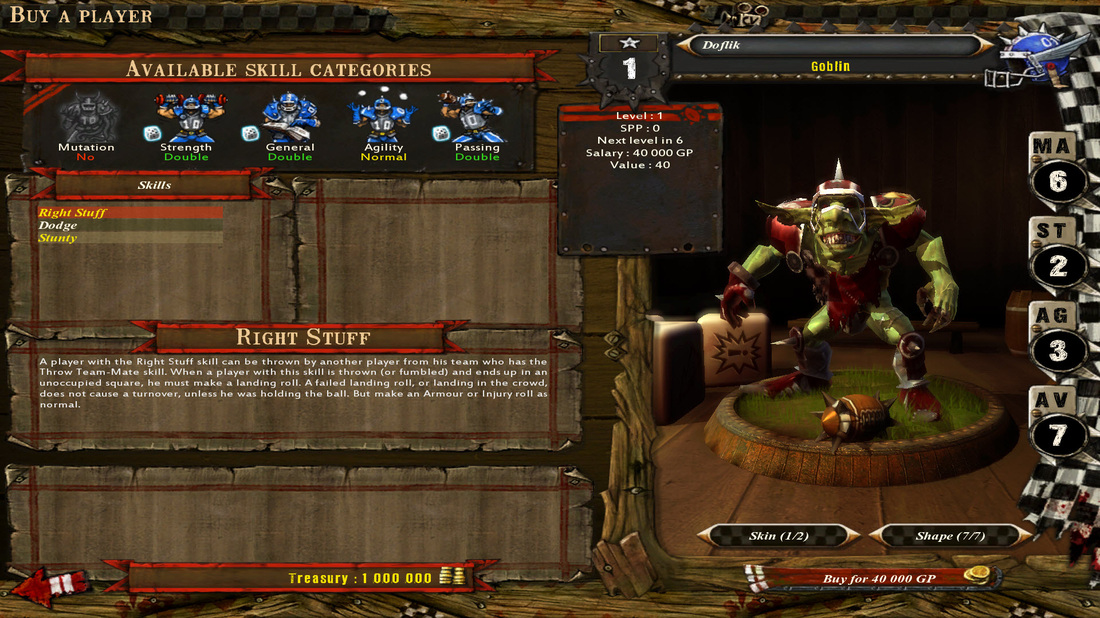 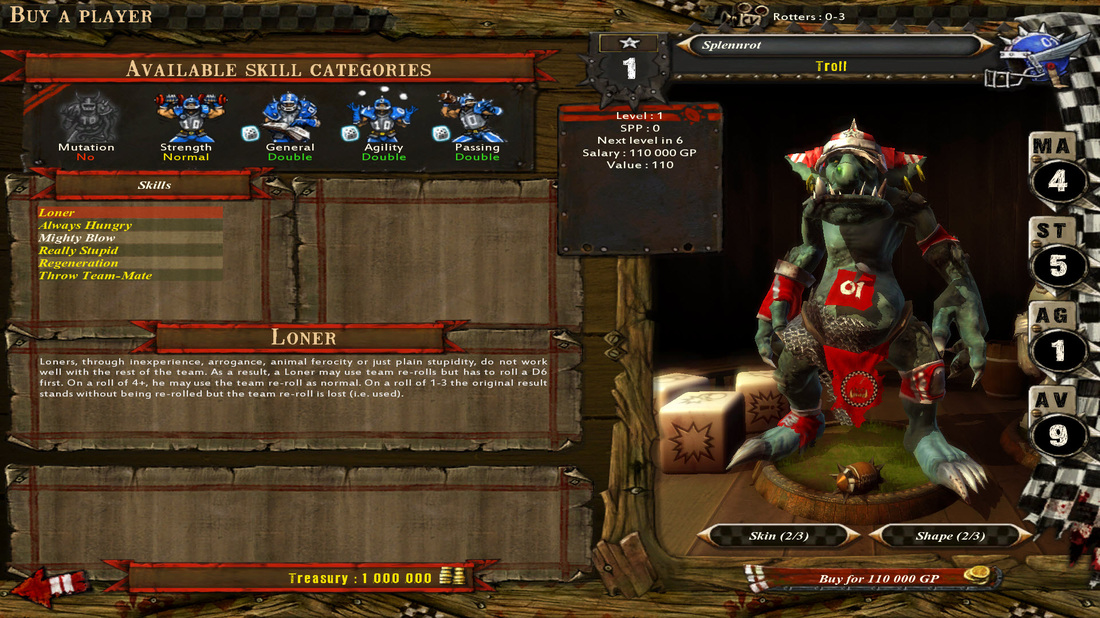