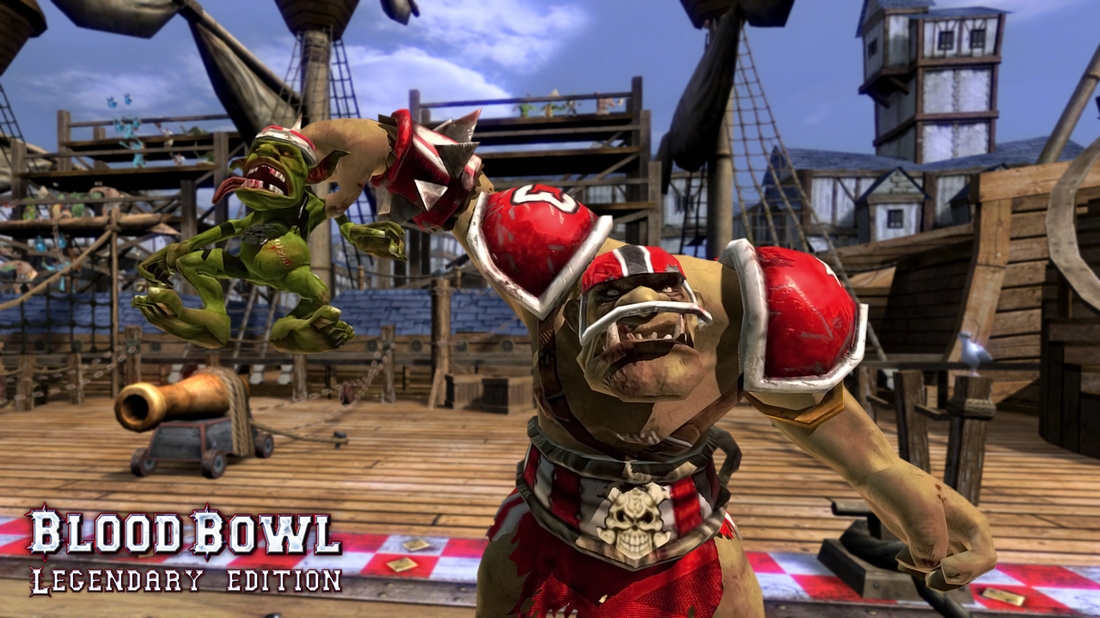 The ogre team gives you exactly two choices in player selection: Ogres and Snotlings. Much like the Lizardmen in that you have strong, clumsy players and small players to pick up the ball, but Ogres are stronger than Saurus and Snotlings are not as fast or strong as Skinks. Ogres are really a team for when you want to be able to beat the other team up. Ogres are some of the strongest players in the game, and have a pretty high armor rating as well. Snotlings, on the other hand, are extremely fragile and are likely to be injured every time they get hit. Its practically impossible to knock down a Snotling WITHOUT hurting it. One fun thing about Ogre teams, though, is the amount of players that can throw their teammates. With Goblin and Halfling teams, for example, you have two Big Guys maximum who can throw the smaller players around, making placement much more difficult. But you can have up to six ogres on an Ogre team, so whenever a Snotling gets the ball, there's probably an ogre nearby who can pick him up and toss him down the pitch. Bear in mind, however, if that Snotling doesn't land on his feet, he'll probably be badly hurt. 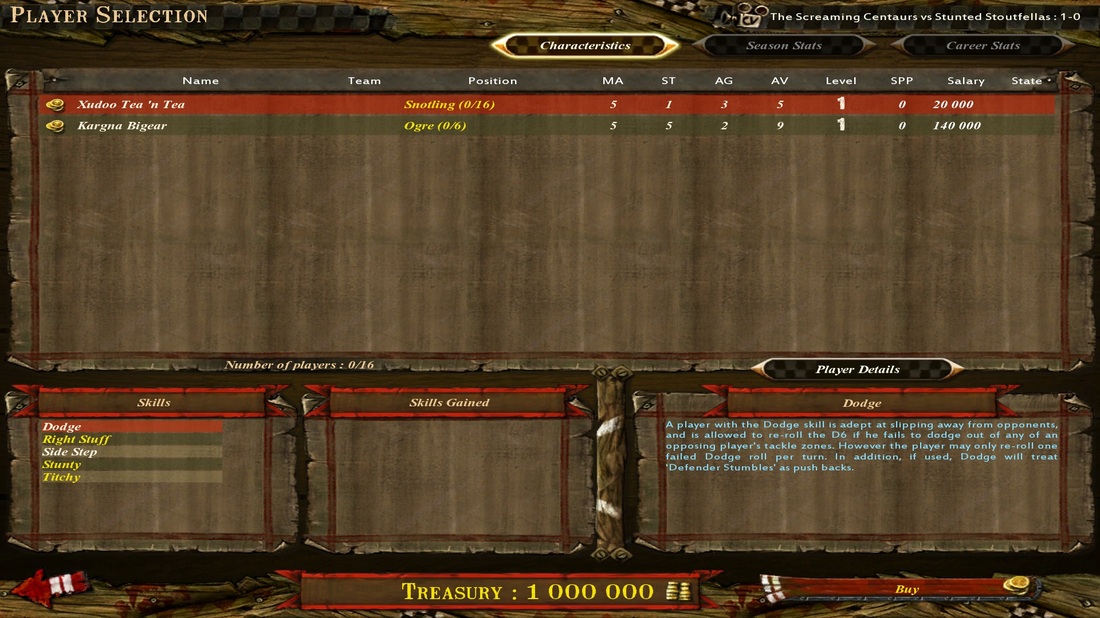 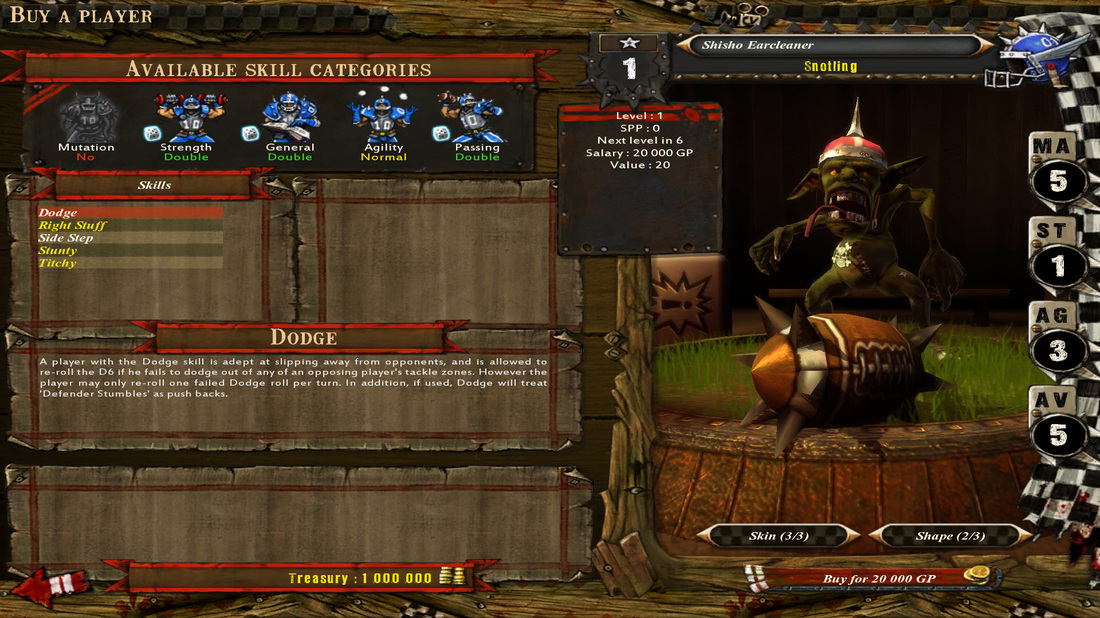 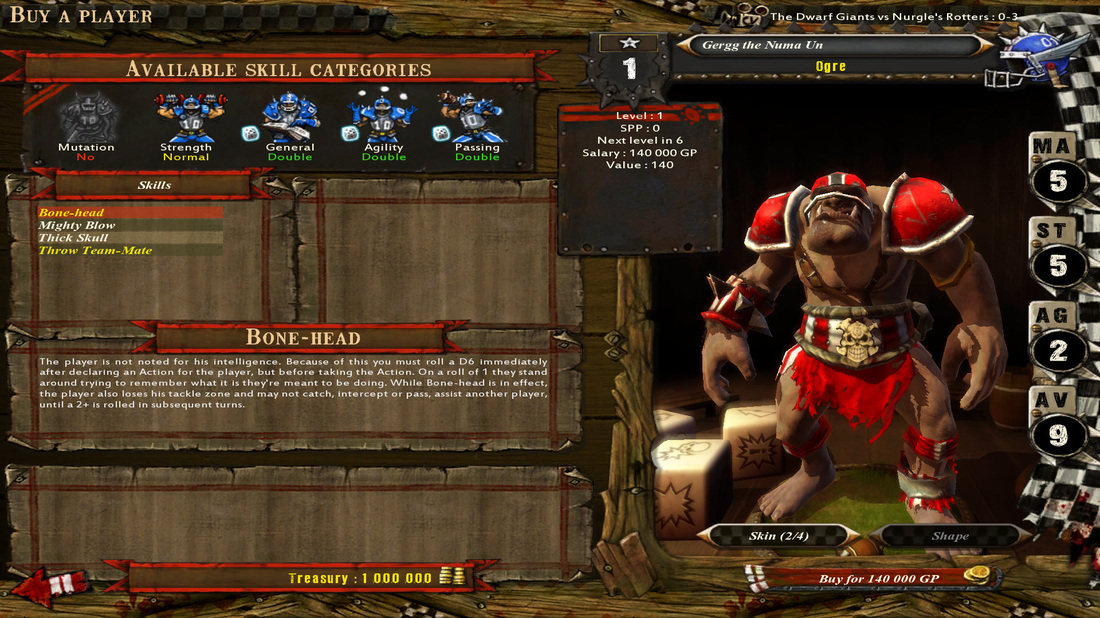