A useful addition to your game of TI is Leaders. There are five types of Leader, though each race only gets three, and some races have to of the same kind. I do not find they have equal value, but all have their uses as long as you know how to best exploit them.

Leaders are placed at the beginning of the game in your Home System, either on a planet or on a ship. Leaders may be on any ship, including a fighter, and do not count toward the ship's capacity.

Below is a description of the five types of Leader: 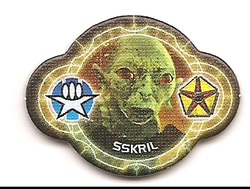 Here is an Yssaril Admiral. You can tell he's an Admiral by the blue symbol on the left. The symbol on the right is the Yssaril racial symbol. Admirals are probably my favorite of the Leaders. They have the following abilities, only applicable if the Admiral is on a ship:

2) If an Admiral is on a Dreadnought, the Dreadnought receives +1 movement (most people seem to apply this to Flagships as well. That's up to your group I suppose). 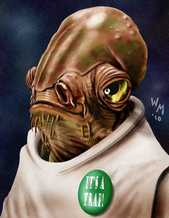 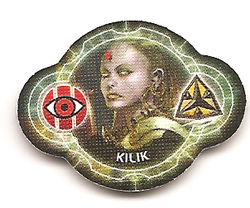 Spies are my second favorite Leader. They are indicated by that red eyeball symbol. A spy has the following abilities:

1) If a Spy is part of an invading force on a planet, PDS to not fire at the invading troops.

2) If a Spy is part of an invading force which captures an enemy planet with a PDS and/or Space Dock, you may replace the PDS/Space dock with one of your own color.

I really only use my spies for #3, but that can be very useful in a pickle. 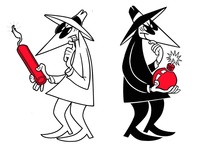 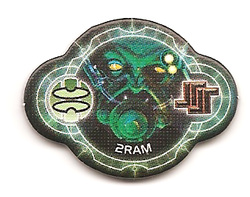 My third favorite Leader is the Diplomat, though like the Spy, I really only use one of its abilities.

1) If a diplomat is on a planet that is invaded by an enemy force, it may return the invading force to their ships to delay the attack. It may not use this ability again this round or for the next round.

-Even though this ability only works once every other round, it's a great deterrent as anyone attacking your system knows they will have to be able to fight you and any other potential attackers off before they can make the second invasion. So most people won't bother to attack a planet with a diplomat on it. Also, remember, the attacker had to activate your system to make that first invasion, so not only is that system frozen for them for the rest of the round but they also had to spend a command counter to do it.

2) If one of your fleets has a diplomat on one of the ships, you may fly through a space occupied by an opponent's fleet, provided you can get the opponent's permission. Seldom useful, as they aren't likely to give you permission when you really need it. Better to leave that Diplomat to protect an important planet. 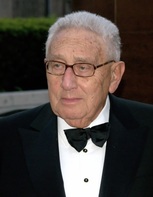 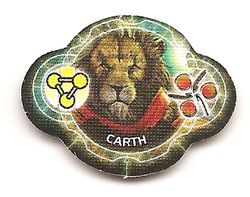 Scientists are pretty useful and should probably be more than my fourth favorite, but they aren't. They have the following abilities:

1) A planet with a Scientist can build a Space Dock for 2 resources instead of 4.

2) A Scientist on a planet with a Tech specialty provides an additional discount of 1.

3) PDS units on a planet with a scientist receive +1 on combat rolls. (Not cumulative if you have more than 1 Scientist on the planet).

4) Planets with a PDS and a Scientist can't be bombarded by War Suns (War Suns can normally bombard through PDS). 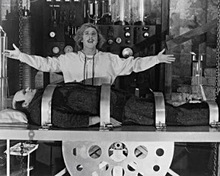 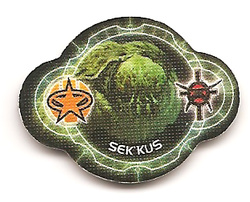 I think Generals rank lower on my list as I seldom do a lot of invasion combat. Still, they can be useful if you do:

1) If a General is part of an ATTACKING invasion force, the owner may re-roll up to two dice every combat round.

2) If a General is part of a DEFENDING force during invasion combat, all defending Ground Forces receive +1 to their rolls.

3) War Suns and Dreadnoughts receive -4 to Bombardment rolls if there is a General on the planet being bombarded. 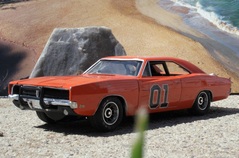 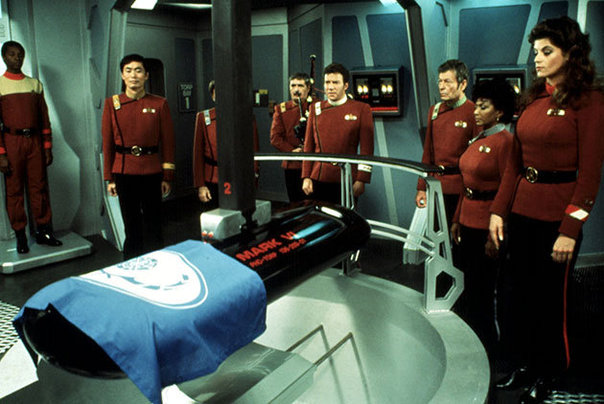 It's a sad truth but people die, even trusted officers and intrepid heroes. If your Leader is on the losing end of a battle, the outcome can be bleak. It can also be unusually complicated. Here is what happens if your officer is in a losing battle (or other disaster):

If The Leader is part of a losing invasion force:

I didn't see this in the rulebook but I believe he/she dies.

If the Leader is part of a losing defending force:

A Captive leader is held by his captor. During any following Status Phase, the captor may choose to execute or return the Leader, or even pass the captive to a player other than the owner. I usually play that you can negotiate his release (such as for Trade Goods).

Any time a planet is successfully invaded, and the player who just lost control of the planet has any captive leaders, roll a die. On a roll of 9-10, a captive has been discovered and can be claimed by the Attacker. If the losing defender has more than one captive, the attacker may choose who to rescue. It need not be the attacker's own Leader. If the planet was the last planet of the defender, all captives are handed ovr to the attacker.
<-- Back
Powered by