Not my cup of tea, the Nurgle team is basically a leper colony that decided to play football. The interesting thing about them is that if they kill someone during a match, that dead player will rise up and join the Nurgle team after the match! So that's a bit of a money saver. They have decent abilities and armor as well, and a giant tentacled slug. The other players are basically Chaos warriors and Beastmen who got sick.

I find the tentacled slug to be the most frustrating opponent in the game. It's strong, gross, and its tentacles make it hard to run from. Unless you have a Big Guy who can keep it under control, I recommend keeping your players away from it. Easier said than done, of course. 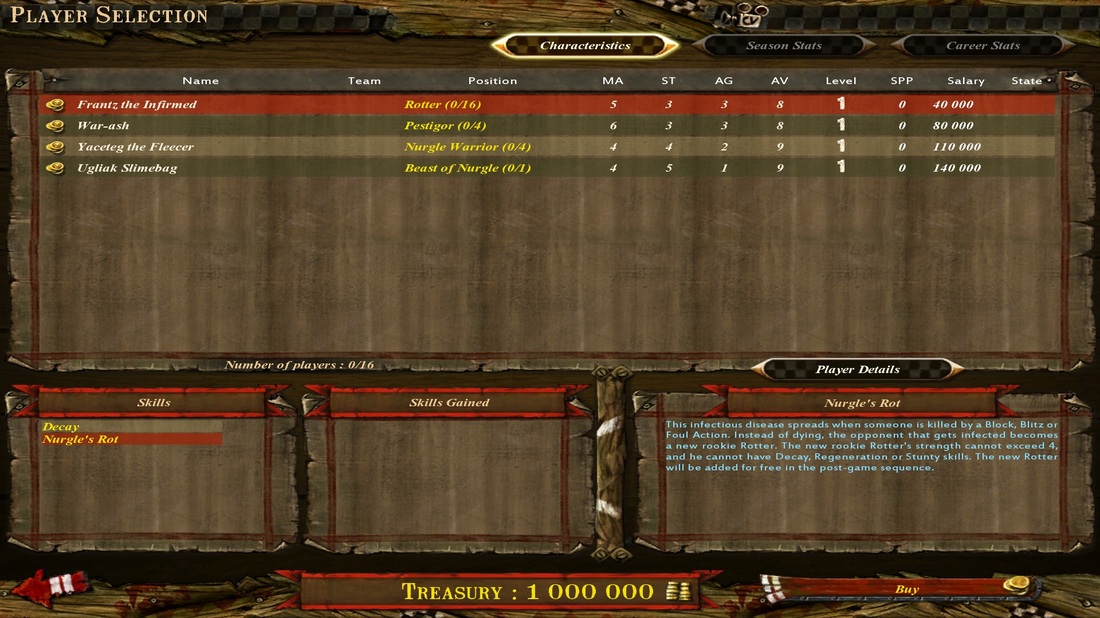 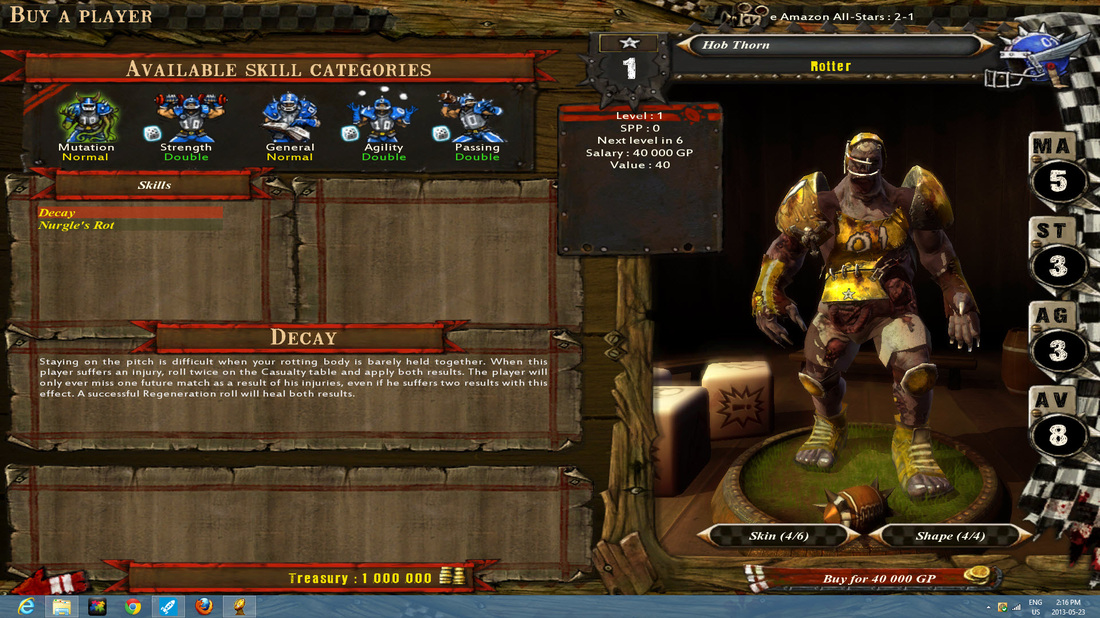 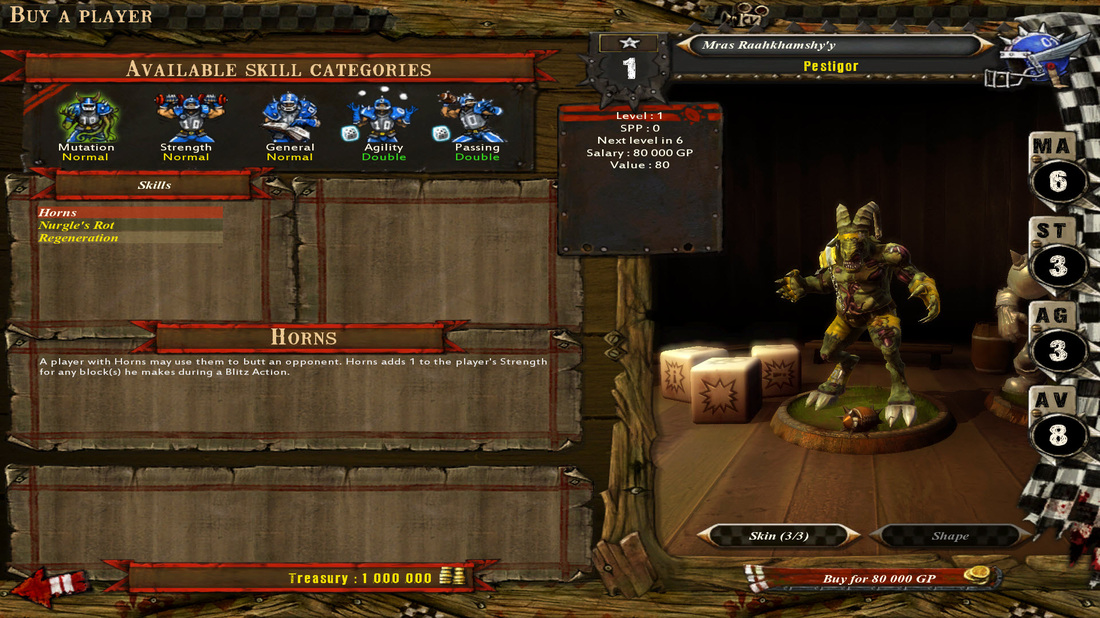 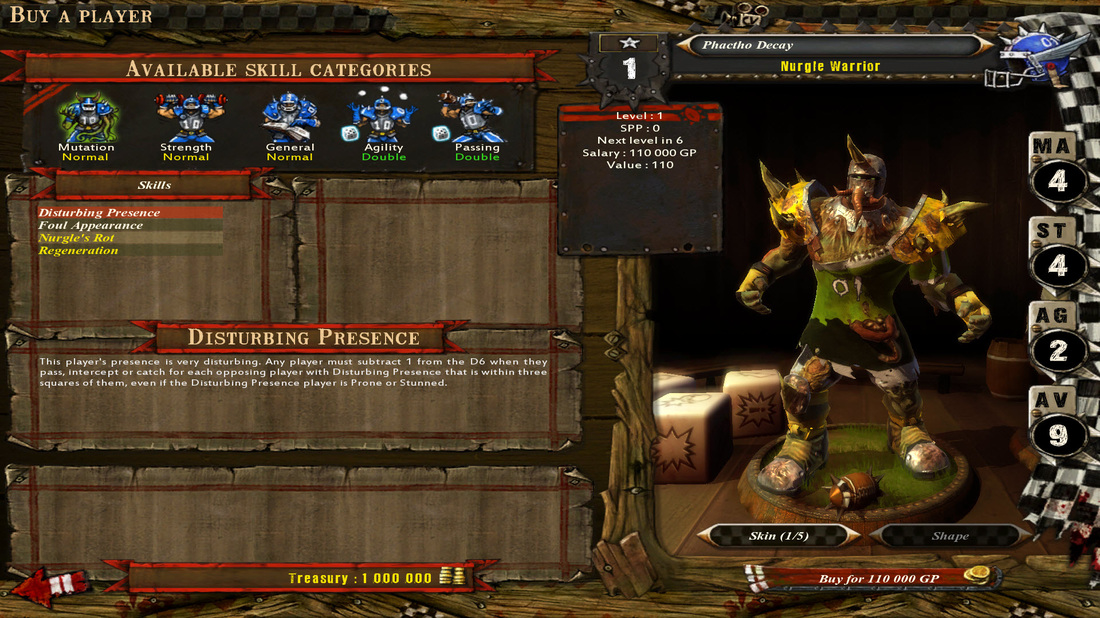 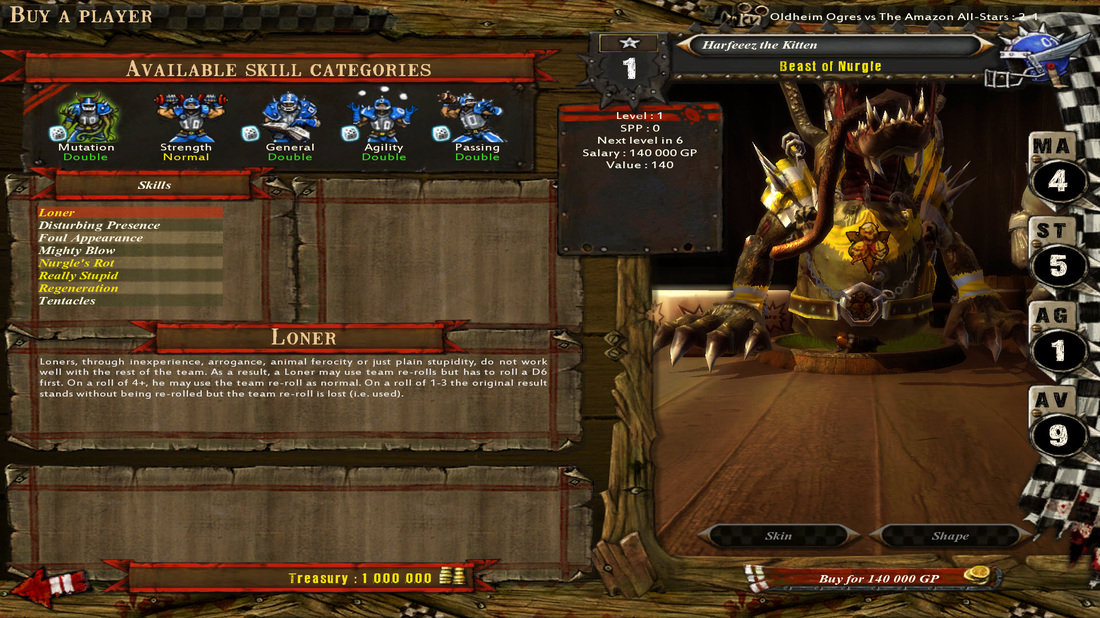