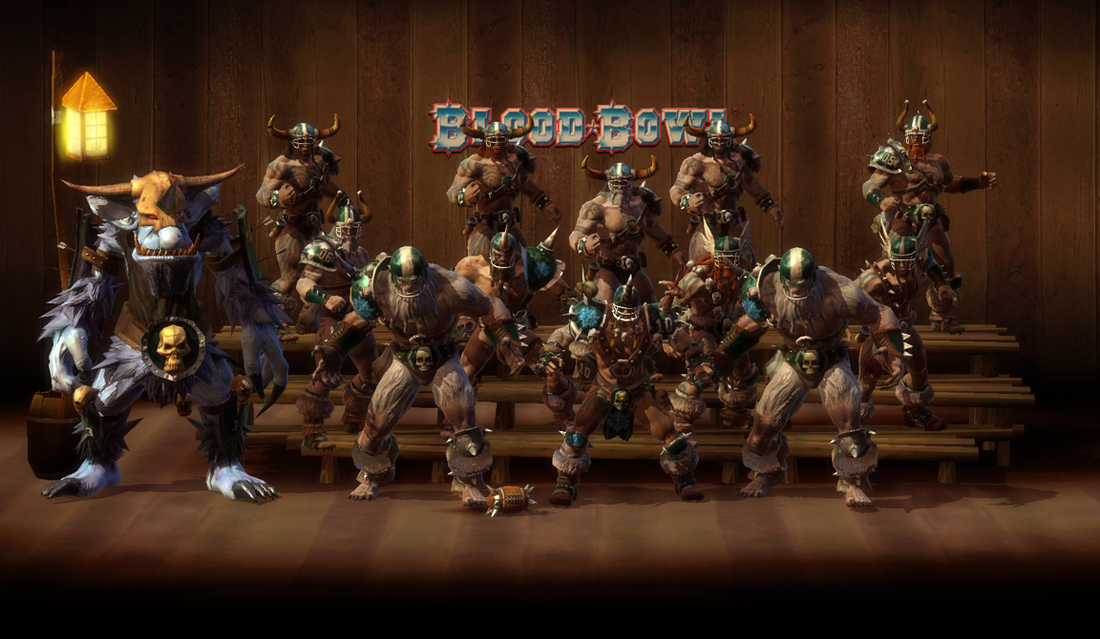 The Norse are hard-hitting players that also have some ability to move the ball. Though average in Agility, they do have Throwers which makes a passing game a plausibility. That and their strong line-up make them a pretty respectable team. All the non-monstery players have the Block skill, making them tougher to knock down, and they come with two types of monsterish players: Norse werewolves and a Yhetee (Yeti, obviously). So they can hit hard and move the ball. Their main weakness is probably their low armor. As you can see, despite living in the cold northern environs, they like to play in their skivvies. This makes them more likely to suffer injuries when they are knocked down, so you still need to be careful against other hitting teams, especially well-armored ones like Orcs and Dwarves. Also Chainsaw-wielding goblins and knife-wielding Dark Elves are a very real threat. 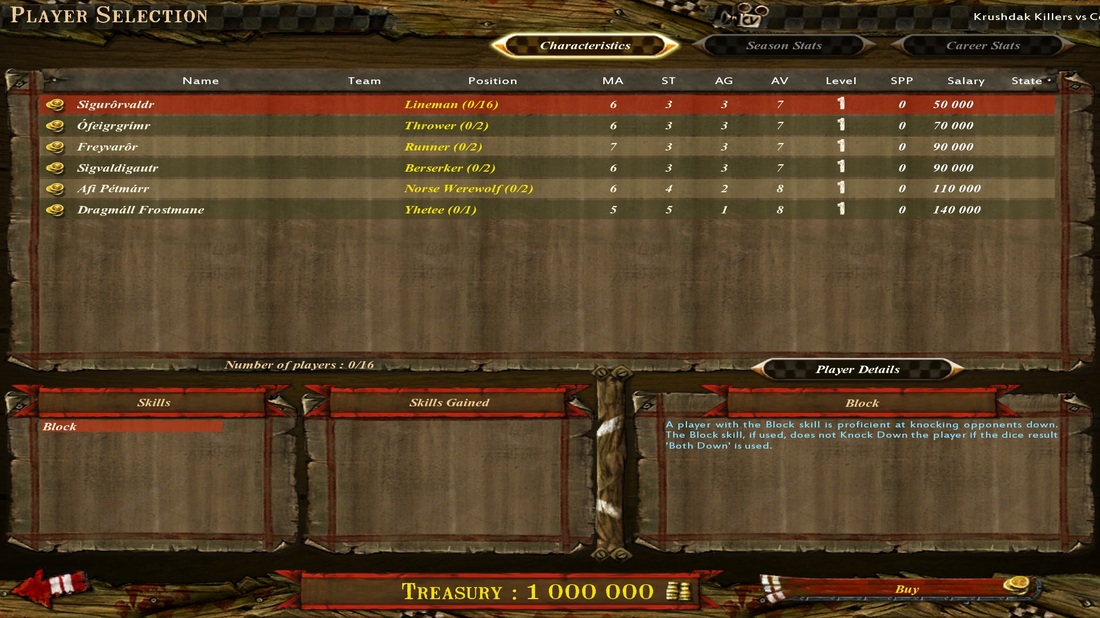 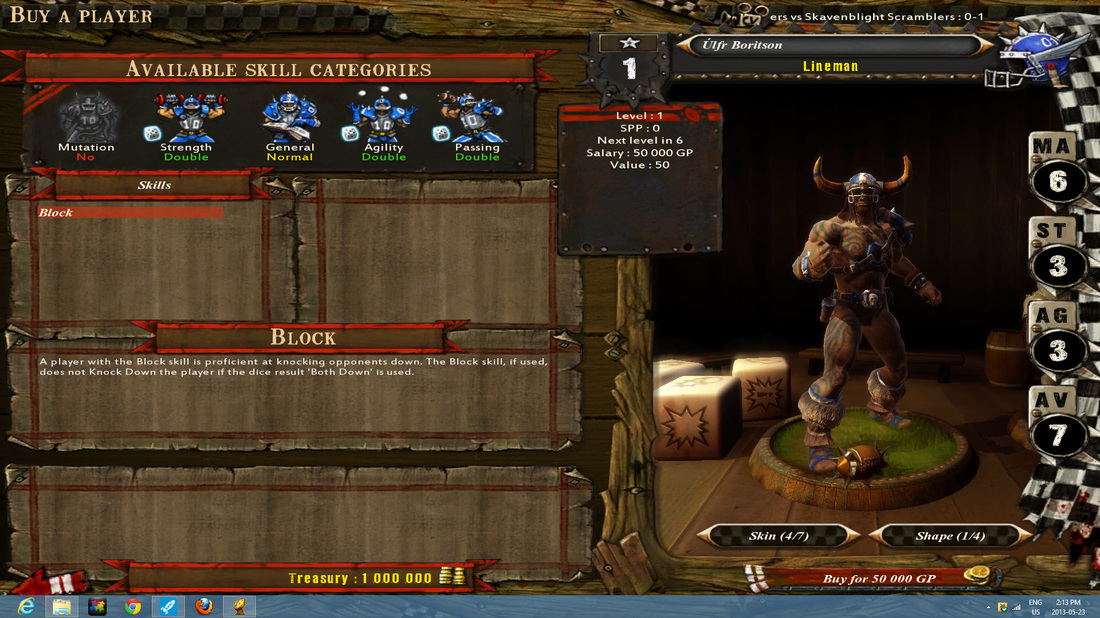 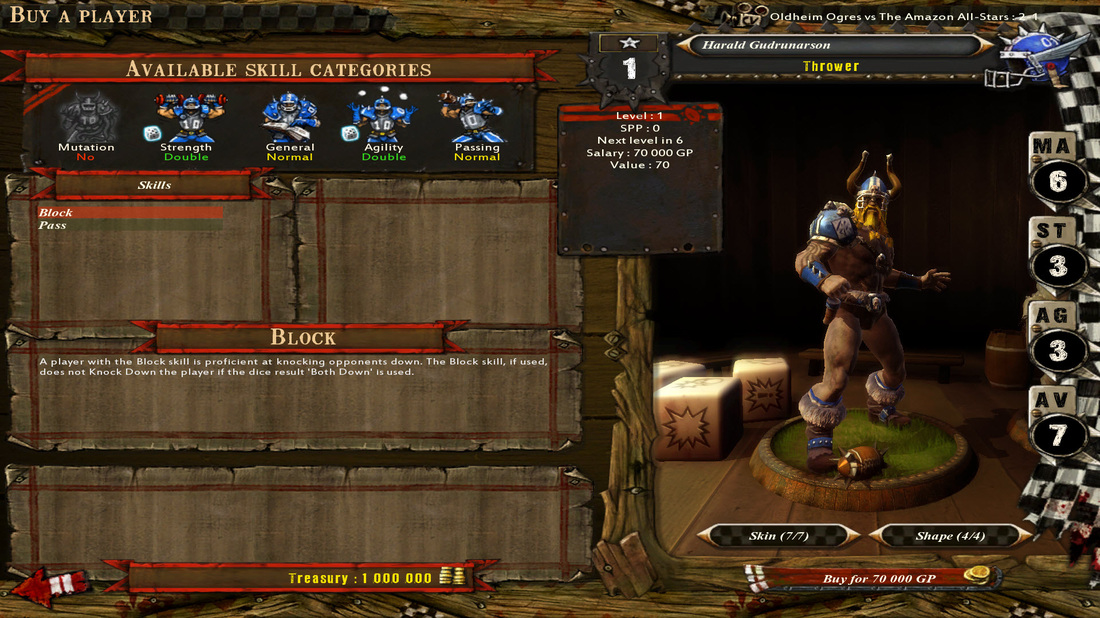 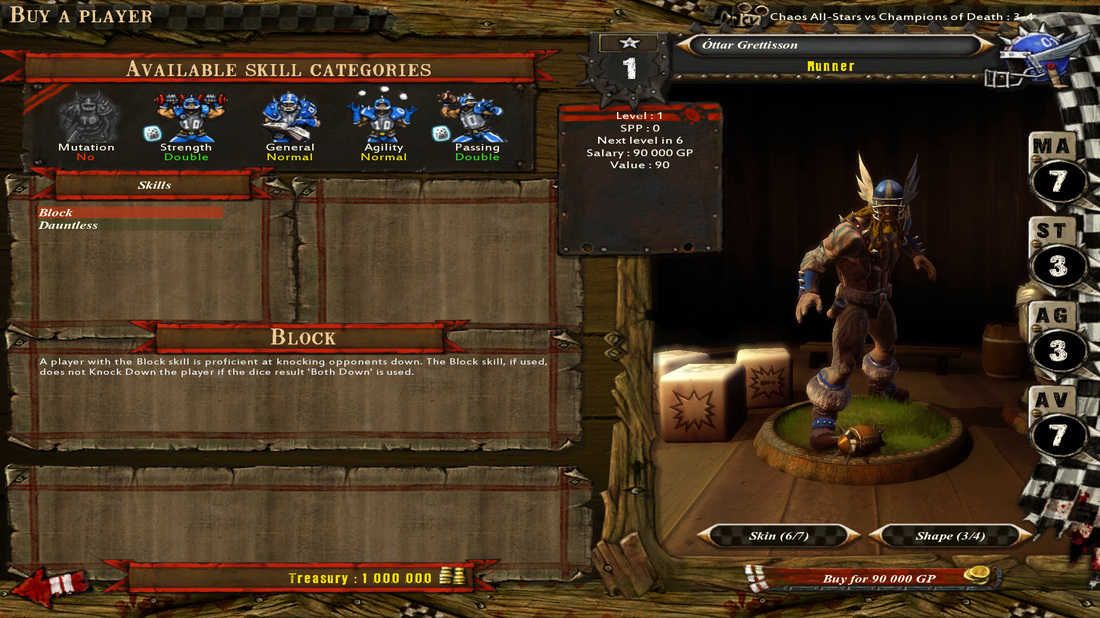 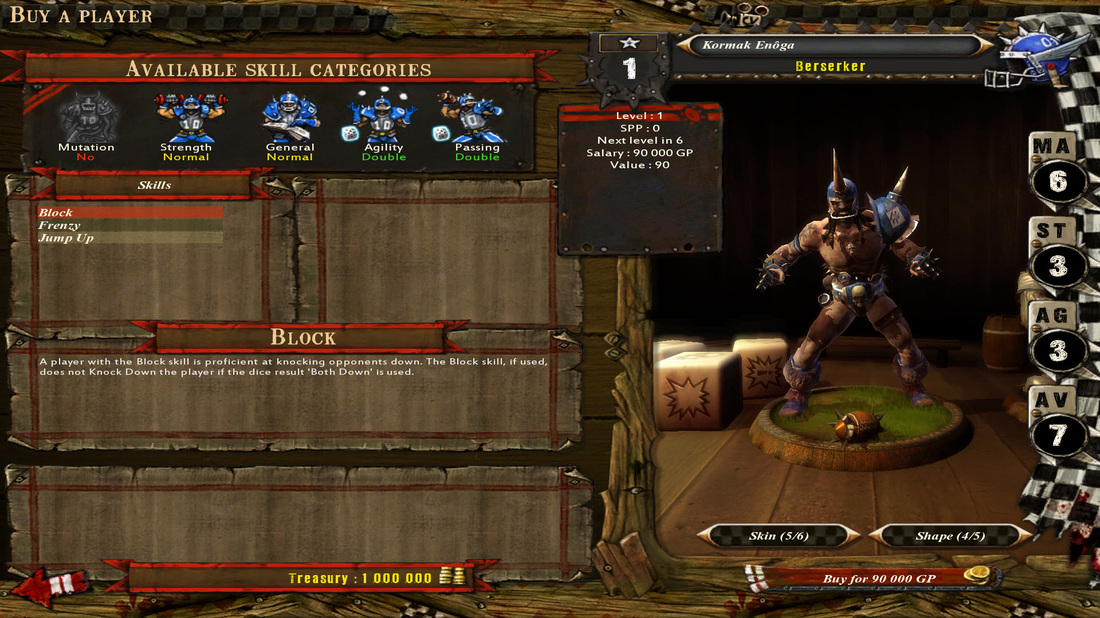 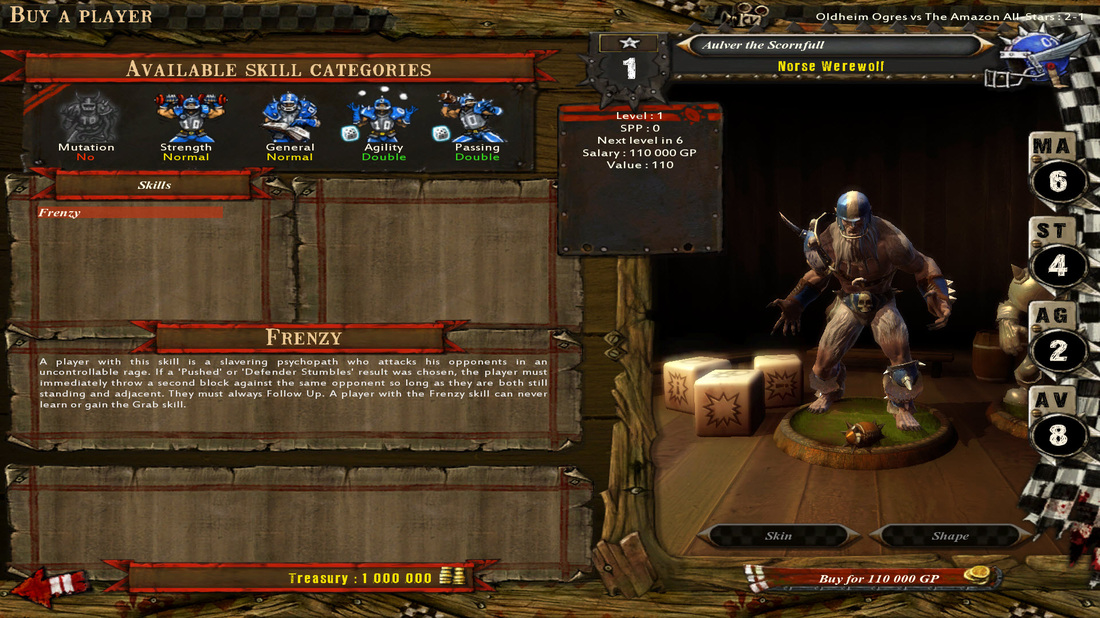 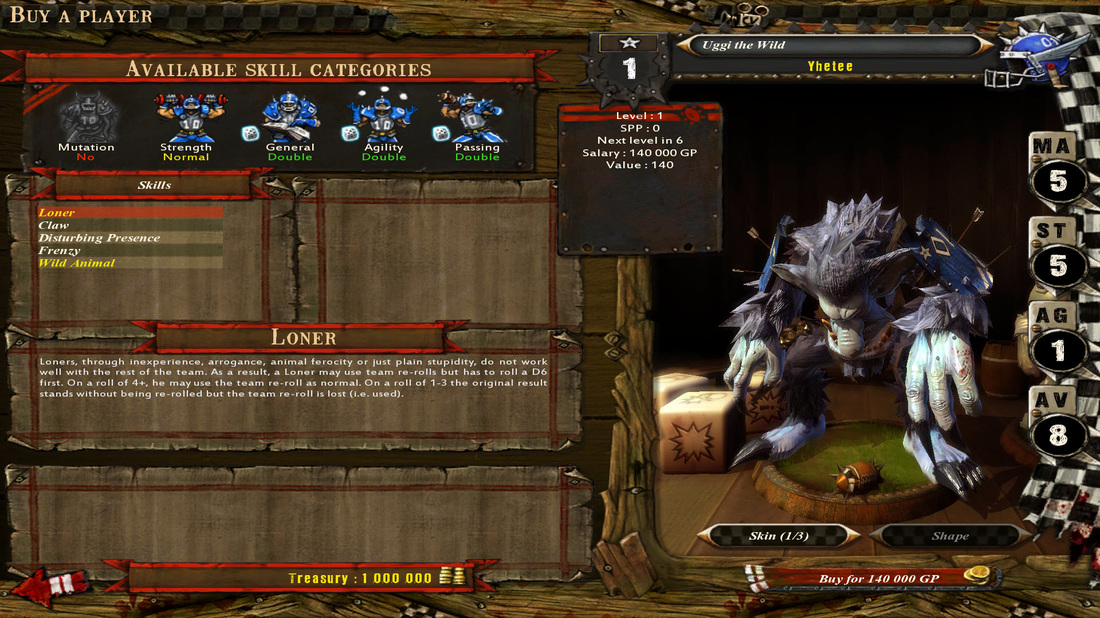