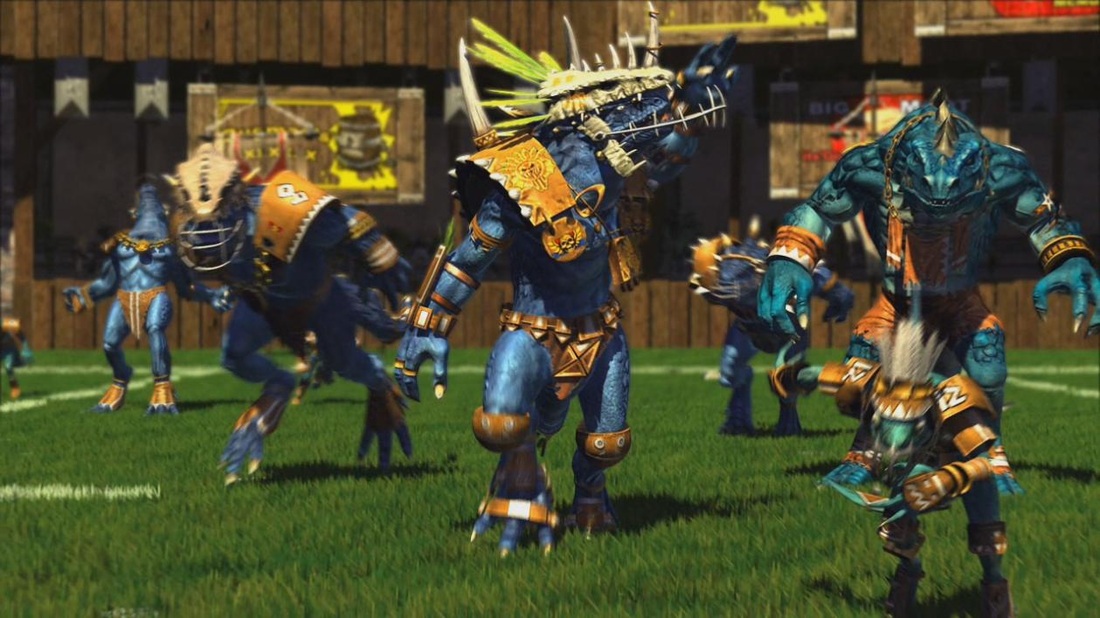 Another team I've never tried but played against many times. Lizards are a dichotomous team: you have large, strong, but clumsy players called Saurus, and small, quick, but weak players called Skinks. They also get a Big Guy called Kroxigor, but he's also of the big strong and clumsy variety. Basically, your Saurus have to protect the Skinks who are the ones who typically run the ball. A passing game won't really be an option as the Stunty skill of the Skink gives a penalty to passes and the low Agility of the Saurus makes them poor quarterbacks. However, the running game is decent as the Stunty skill also gives your Skinks the ability to run through defensive lines. Unfortunately, unlike the other little guys (Goblins, Snotlings, and Halflings), Skinks cannot be thrown by the Big Guy. 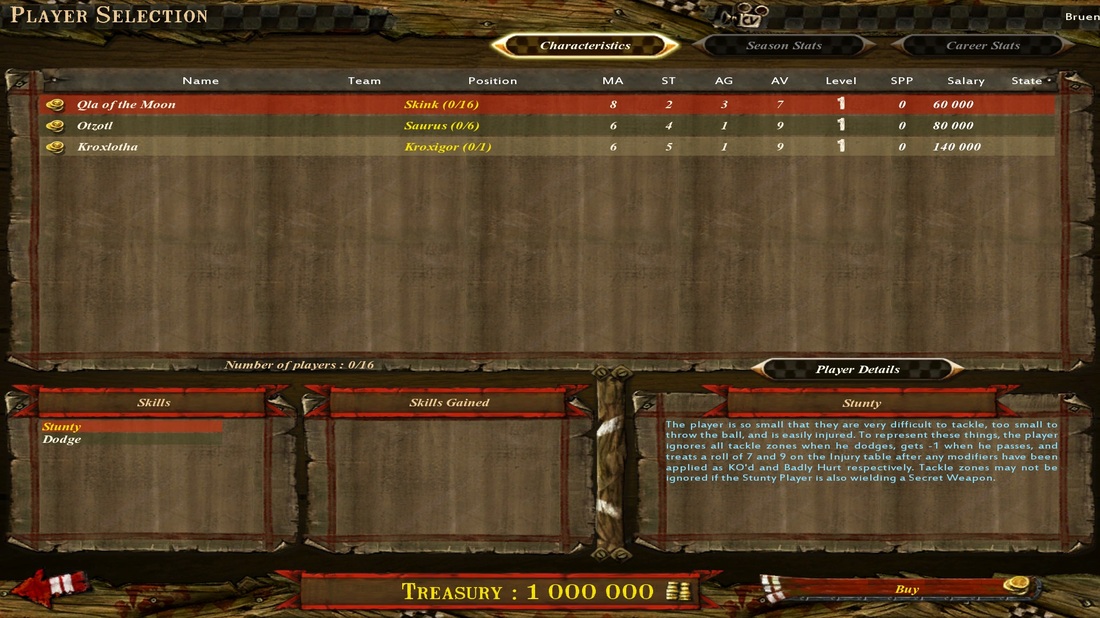 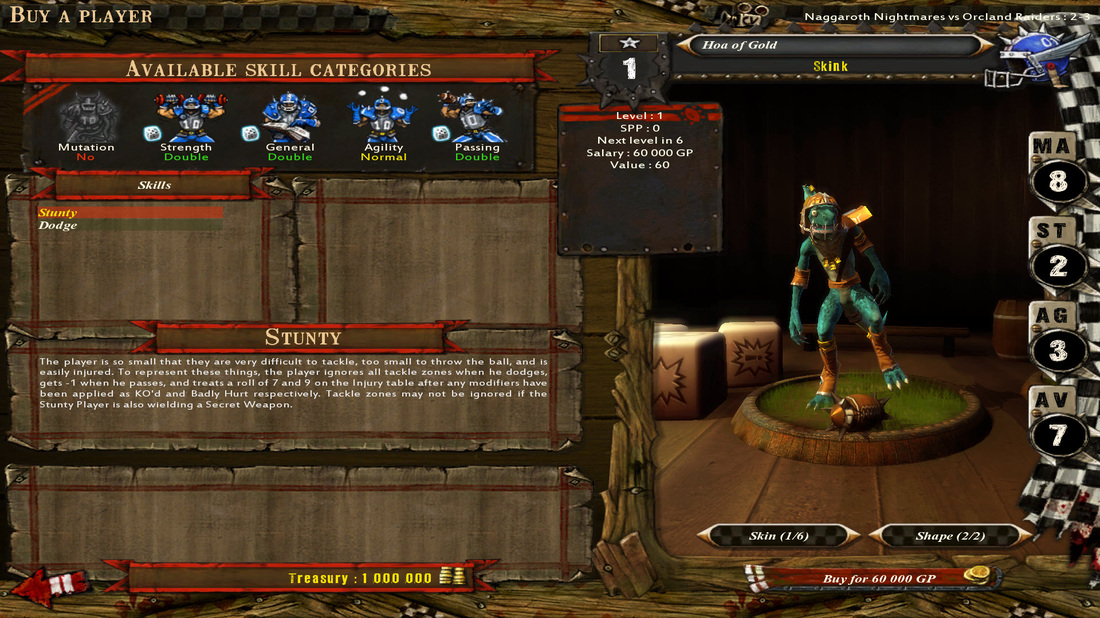 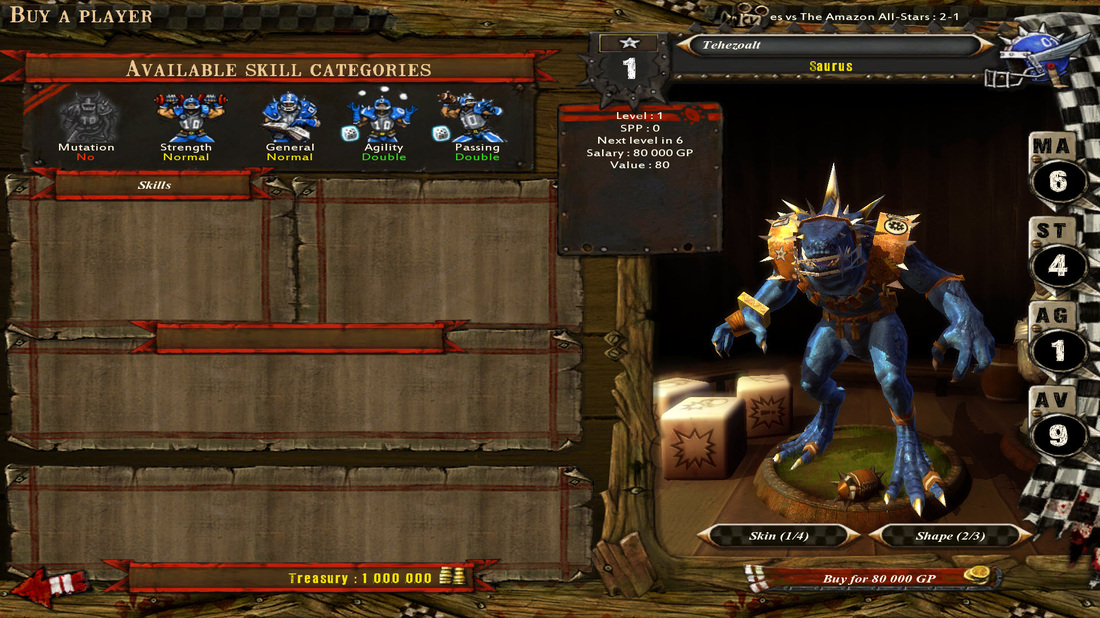 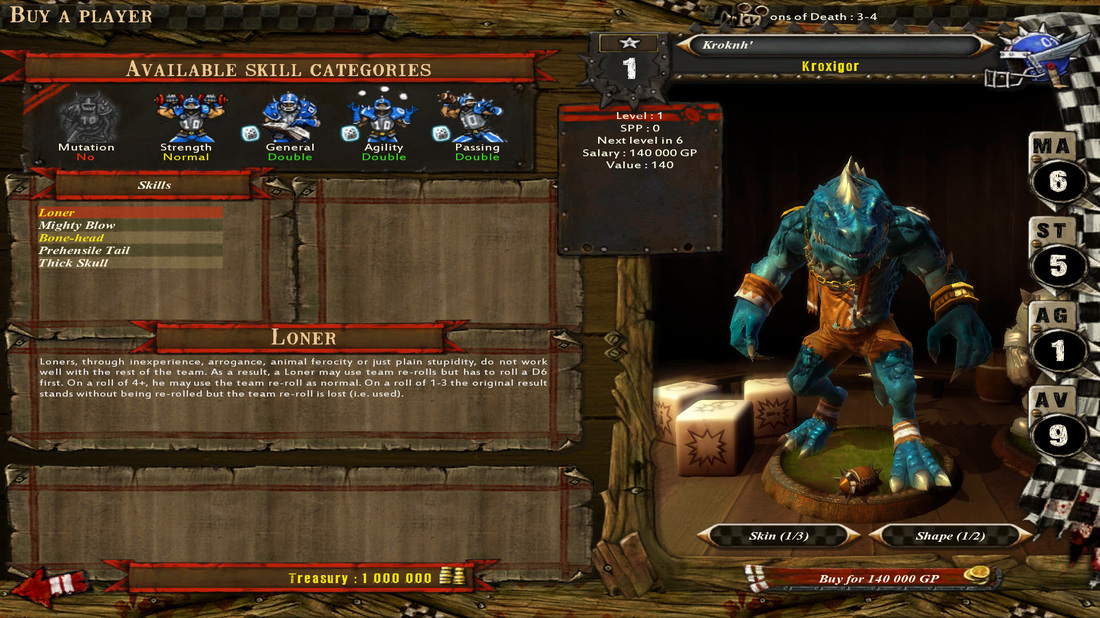