Humans. Quite likely many of you out there are a part of this group. In Blood Bowl, humans are a kind of jack-of-all-trades. They can throw. They can catch. They can run. They can hit. They can't do any of these things better than everyone else, but they are very flexible in their strategies. A solid team to start with, but not many people seem to play them. I do know a couple people who favor them, though, as they don't have any glaring weaknesses (such as the Dwarf's inability to play the ball, or the Elf's inability to take a hit). They are also allowed a Big Guy on their team: that scholarly-looking ogre on your left in the picture. A nice accent to touch off your line of scrimmage. 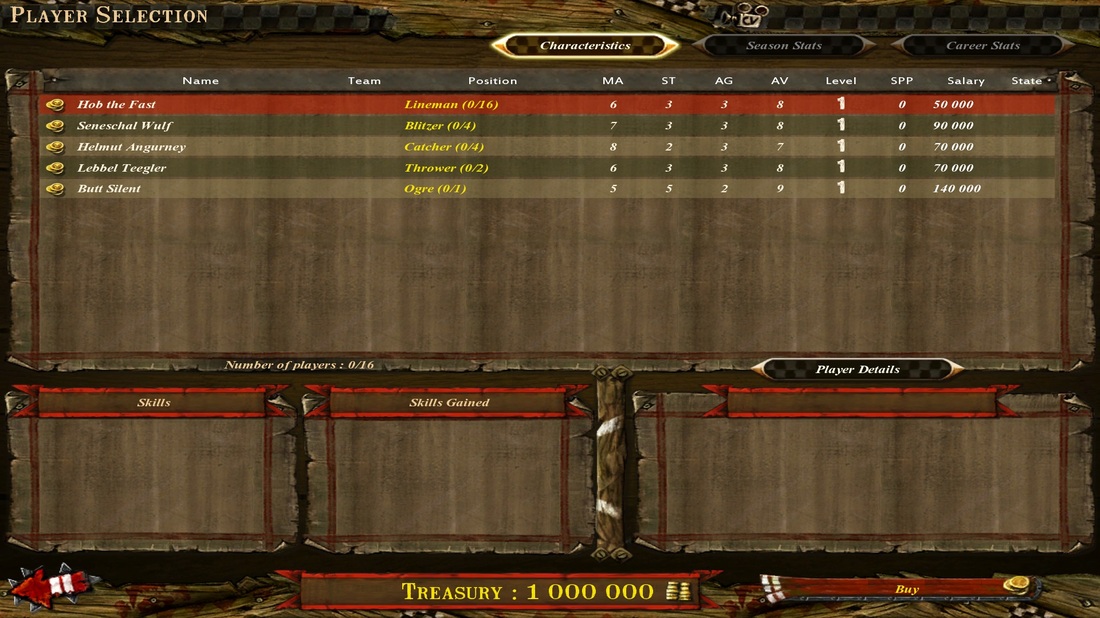 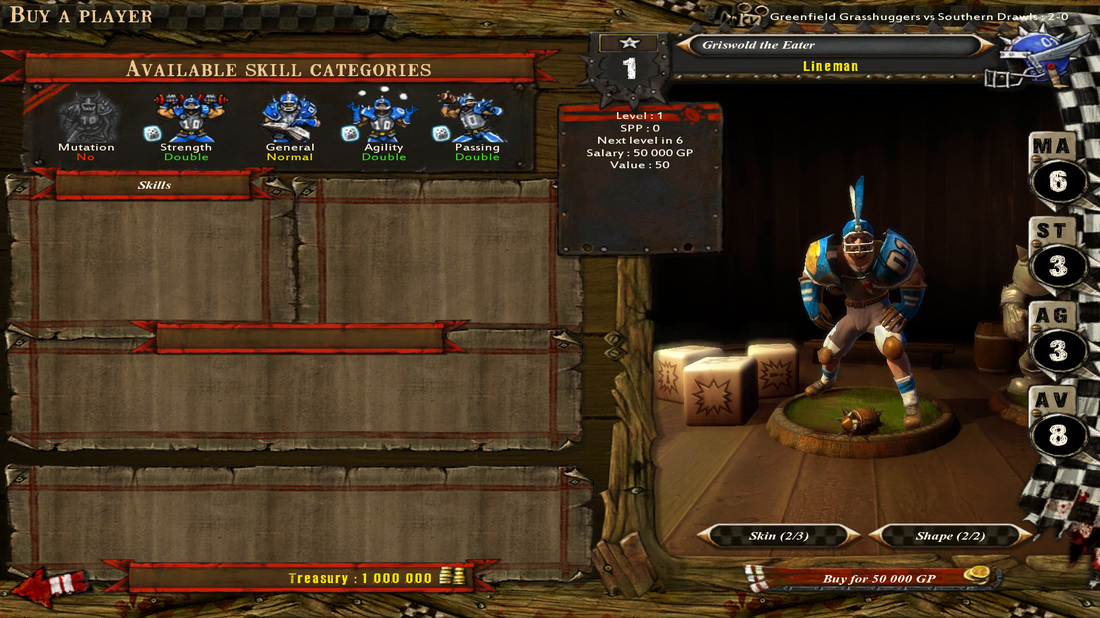 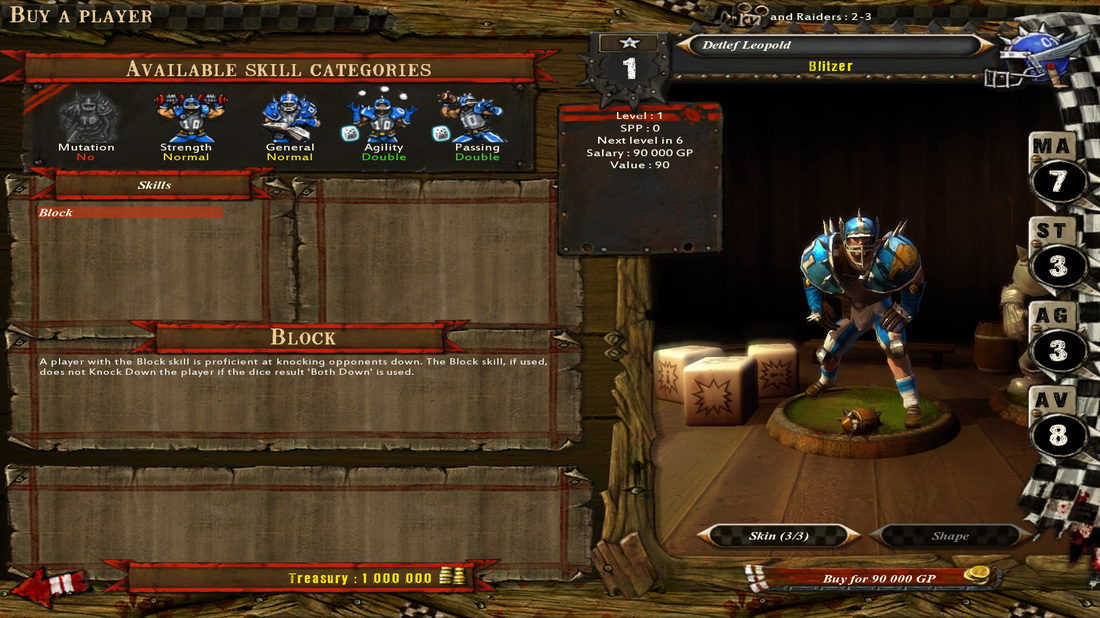 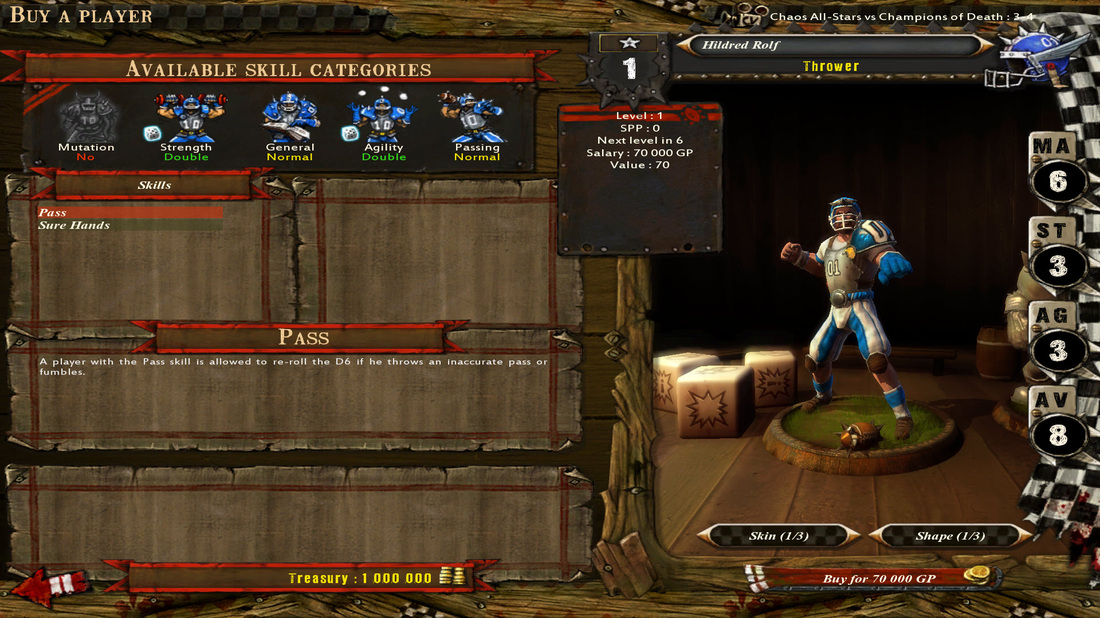 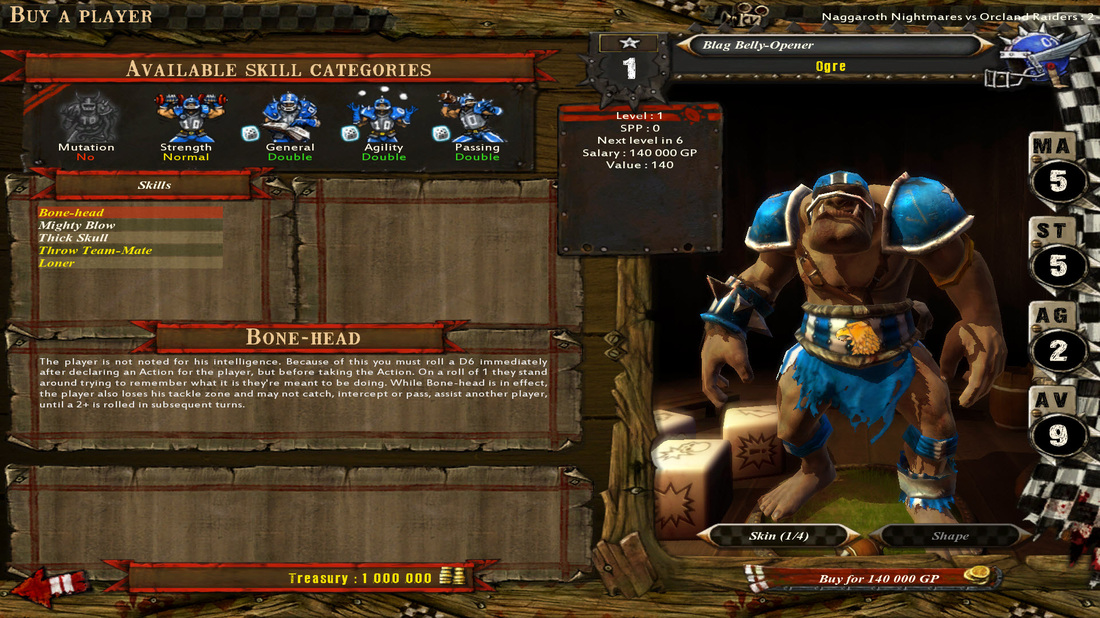