What's a Halfling, you ask? Why, it's a Hobbit! But many games use Halfling instead of Hobbit because Hobbits are still owned by the Tolkien estate, or some such noise.

Basically, this is the worst team you can play. Not necessarily the least fun. I'm not saying that. But if you ever win with a Halfling team, your opponent was six years old, blind, or dead. Maybe all three.

Very much the same stats as Goblins (ie Horrible), Halflings are likewise easily injured. Probably even more so; I can't be bothered to compare stats screens right now even though I have screenshots of Ability Scores on both pages right here on this site. Also like the Goblins, Halfling teams are allowed two Big Guys, in this case Ents - I mean, Treemen. Treemen are the strongest and toughest players in all of Blood Bowl, but are very slow and occasionally 'Take Root', which means they won't move for the rest of the drive. Still, they provide good cover and can really protect your line of scrimmage, except the one poor Halfling sap that has to stand up there with them and will probably die on the first turn. Ents (er, Treemen) can also throw Halflings, which is probably the only way you'll ever get a touchdown, and getting even one of those per game is going to be tough.

A good team to play if you are a good player and are certain the other players in your league are all quite terrible. Here's the roster. Not a lot of selection. Also note Halflings have one of the lowest salaries of any players in the game (I believe only Snotlings get paid less). 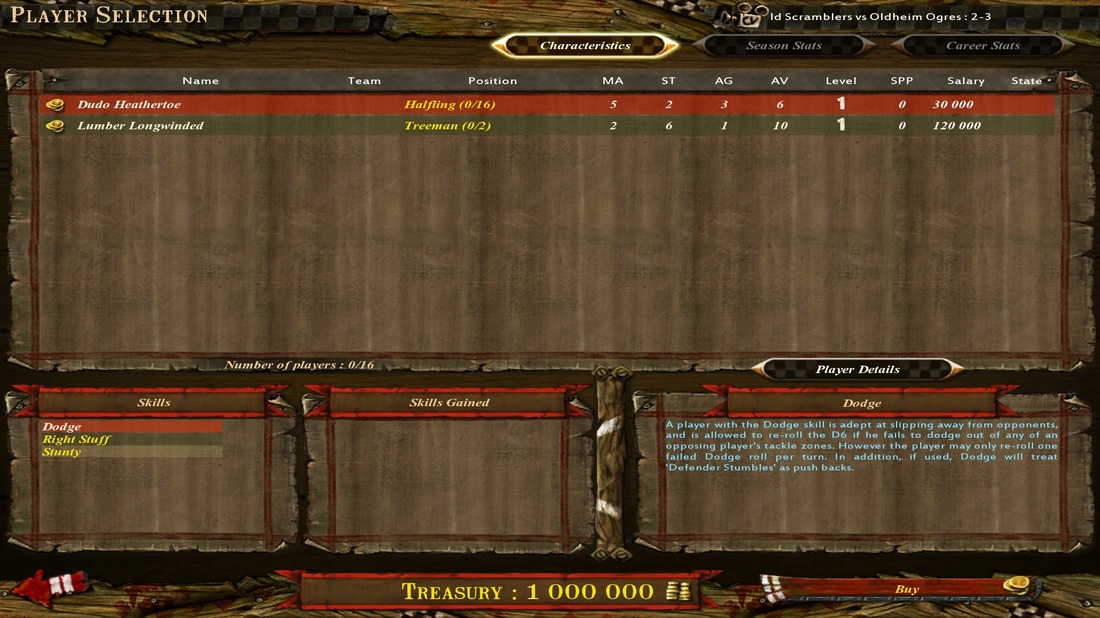 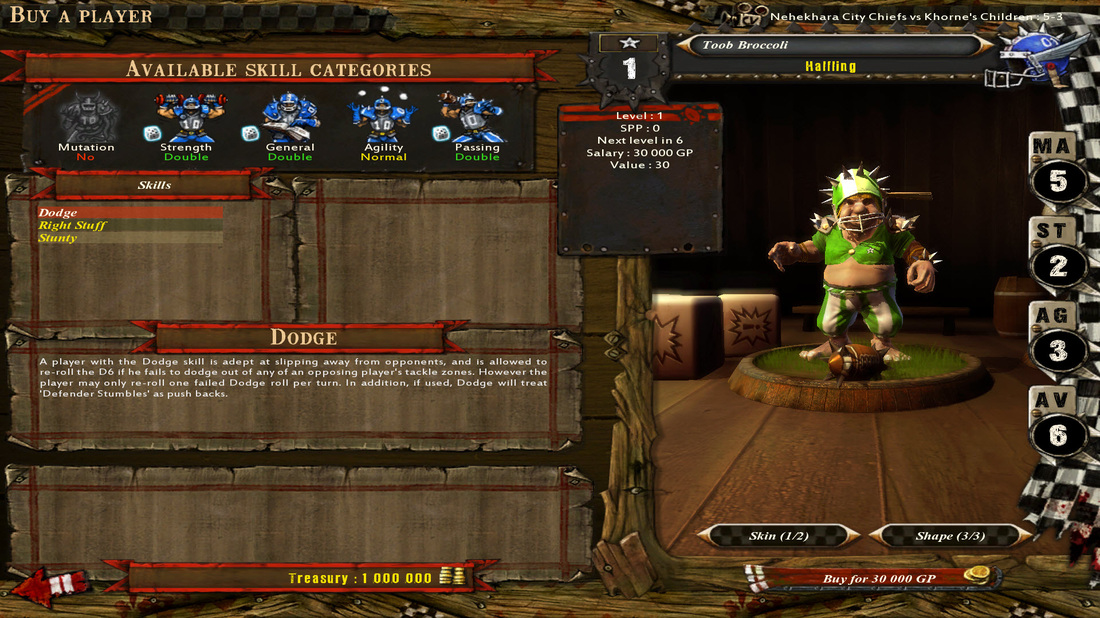 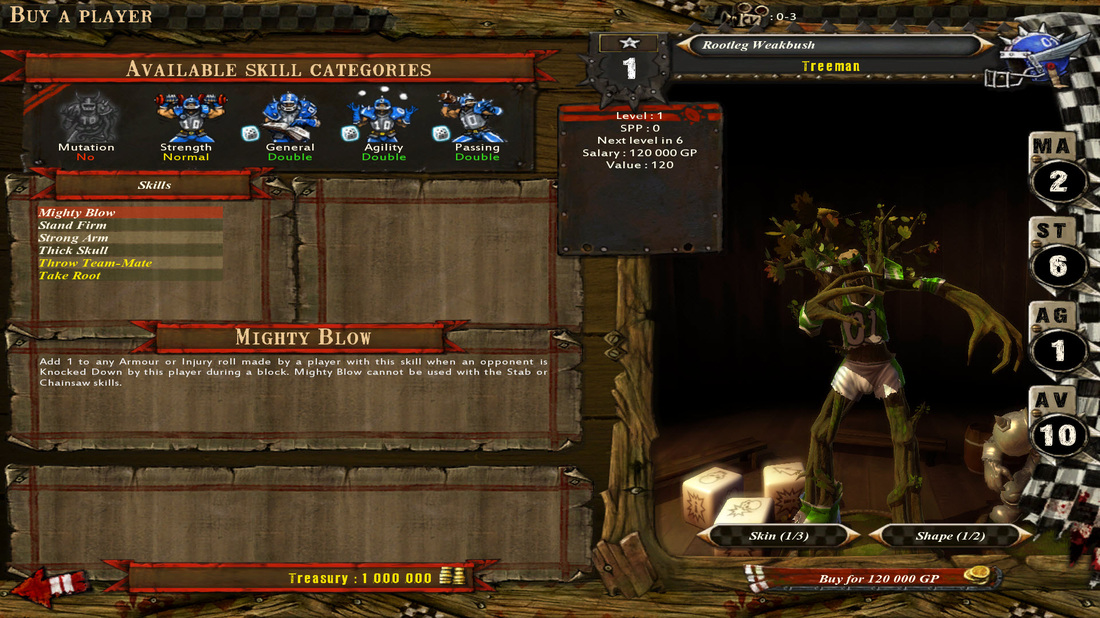