I have never played a dwarf team, but I have played against them and they are a pain. They are hard to knock over, well-armored, and strong. Still, I don't think I've ever lost to a dwarf team, as they are painfully slow. They seldom, if ever, throw the ball, always opting to run it to the end zone, but this takes them so much time they rarely make it before the half is over. It is a good example of a team with which it is fun to beat up other teams at the cost of never winning. While they do not have the mutations of the Chaos team or powerful Bull Centaurs of the Chaos Dwarves, they do have a special player called a death roller (pictured right) which, while powerful, has never caused me many problems as it is slow and is an illegal weapon (which means it will get thrown out of the game at the end of a drive unless the coach can bribe the ref). Still, a solid hitting team with low risk of permanent injuries to your players. 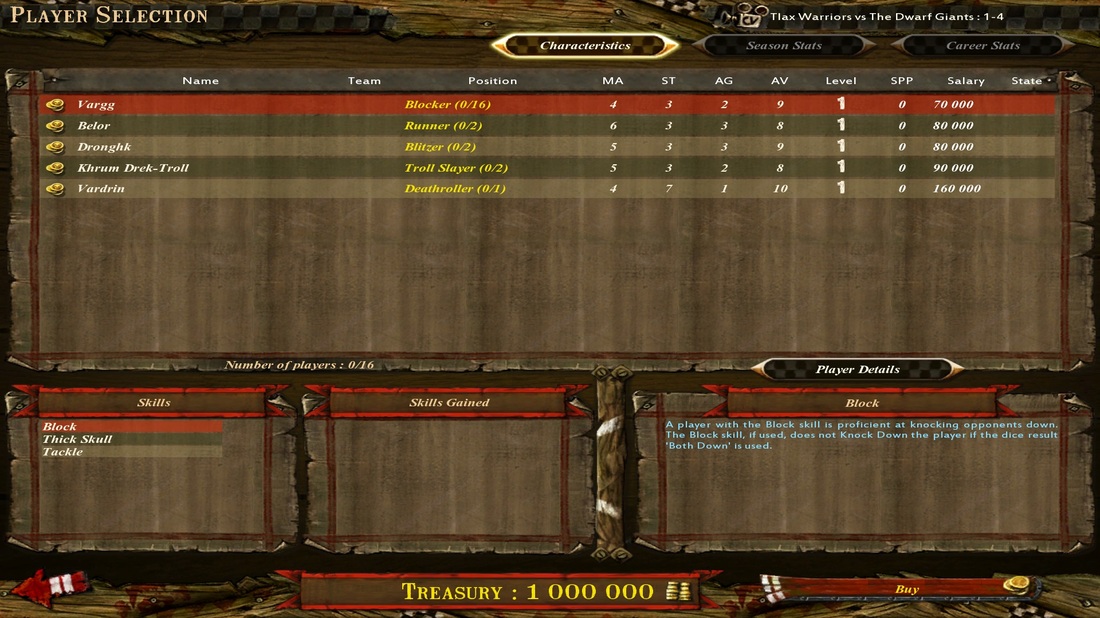 Notice that the players have skills such as Block and Tackle. Block makes Dwarves hard to knock over, and Tackle makes it tougher to dodge by them. They are a bit of a thorn in the side of teams that depend on Agility, such as Elven teams. 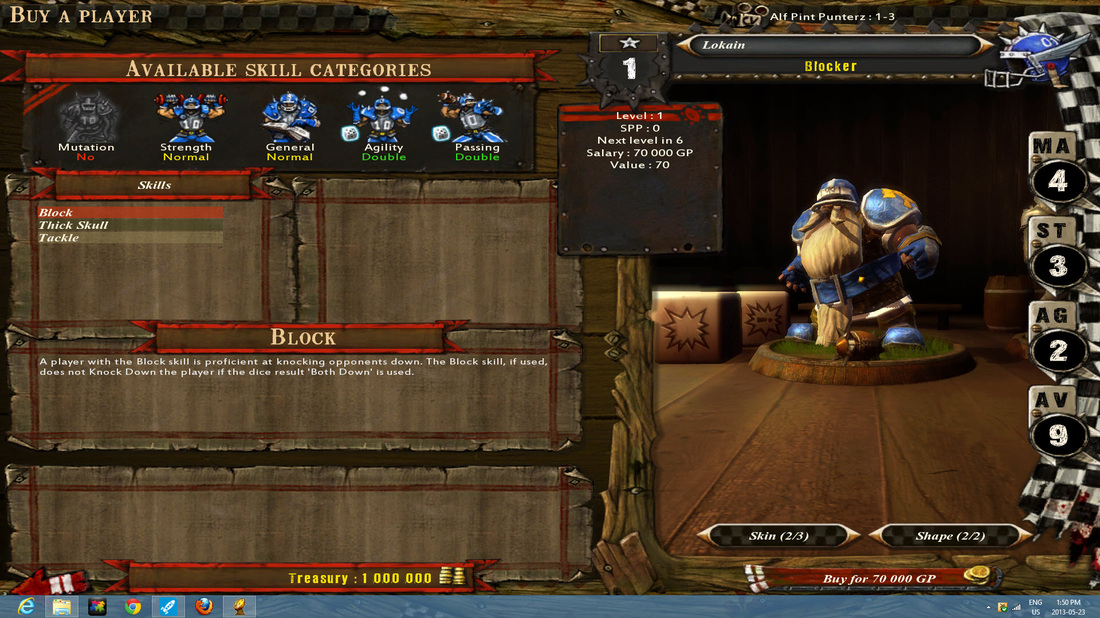 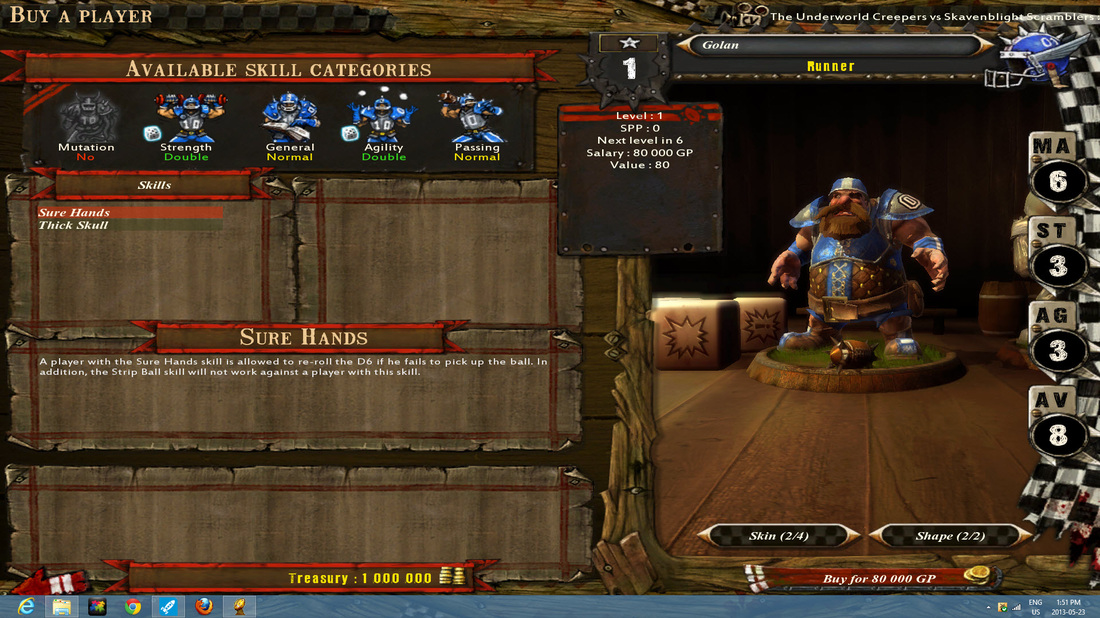 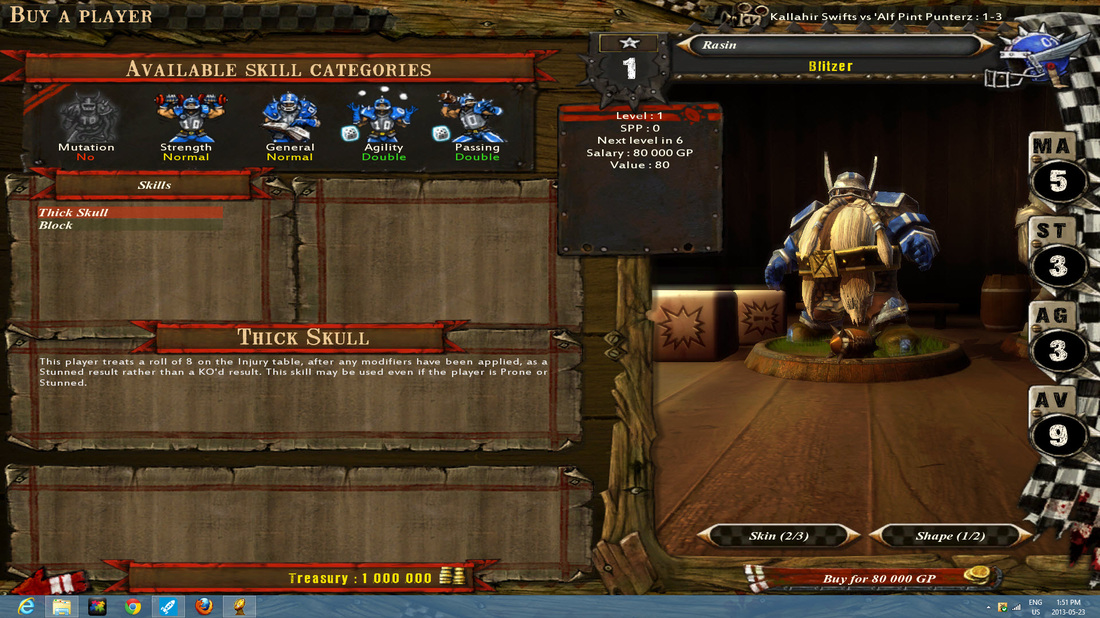 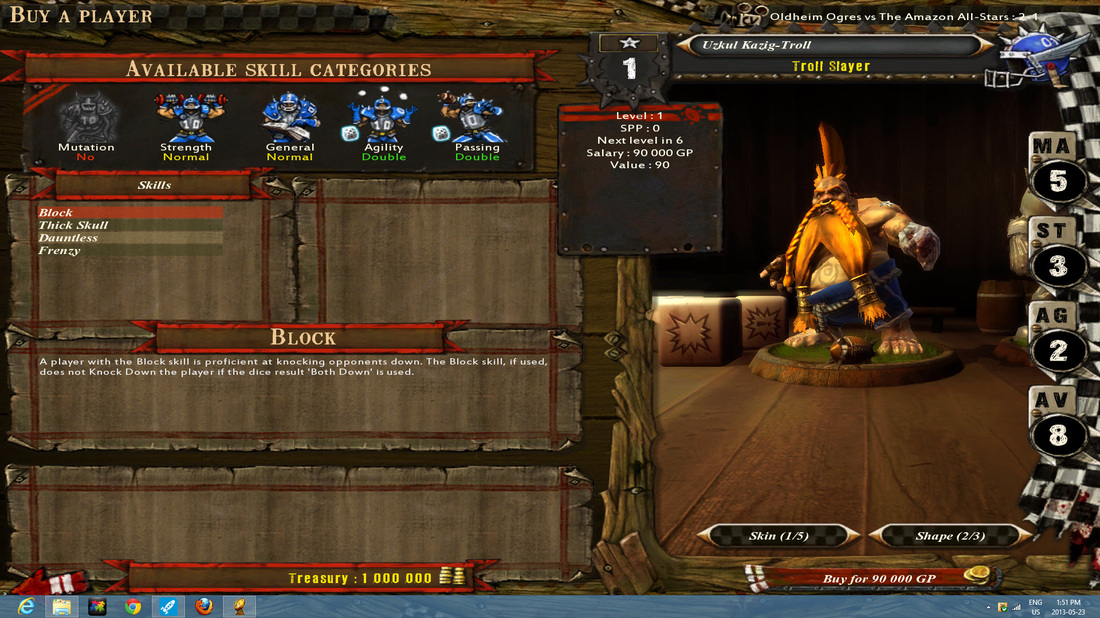 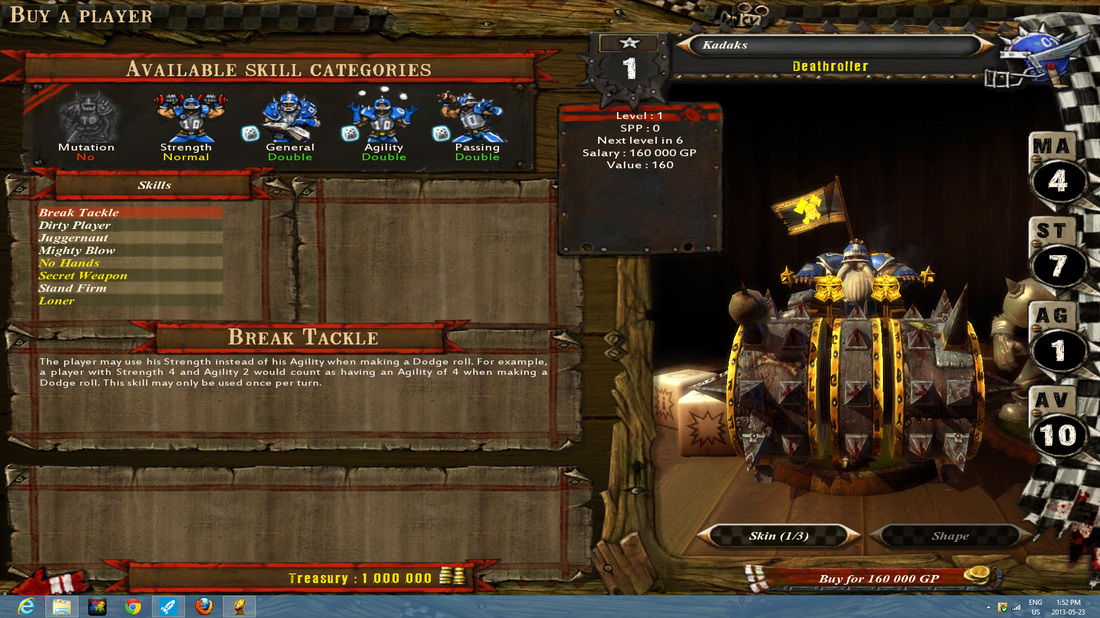