If you like hitting people hard and don't care too much about scoring touchdowns, Chaos might be the team for you. They start with no ball-handling skills but are either really strong (Chaos Warriors) or have horns (Beastmen). You can also have a minotaur on your team, which is both strong AND has Horns! (For those of you who don't know, Horns give a Strength bonus if you move before throwing a block). Minotaurs also have Frenzy, which often allows for a follow-up attack as long as your target didn't go down on the first attempt. They can't play the ball worth crap, though, and the rest of the team is kind of average. One the bright side, however, Chaos players can receive Mutations as they gain experience, which allows for things like extra-big hands or extra arms which can help towards improved game-play. So a beginner Chaos team may not win much (unless they can get the opposing team carried off the pitch first) but if you pick the right skills and get a good quarterback and receiver then they can truly be a force to reckon with!

Here is a shot of the player selections: 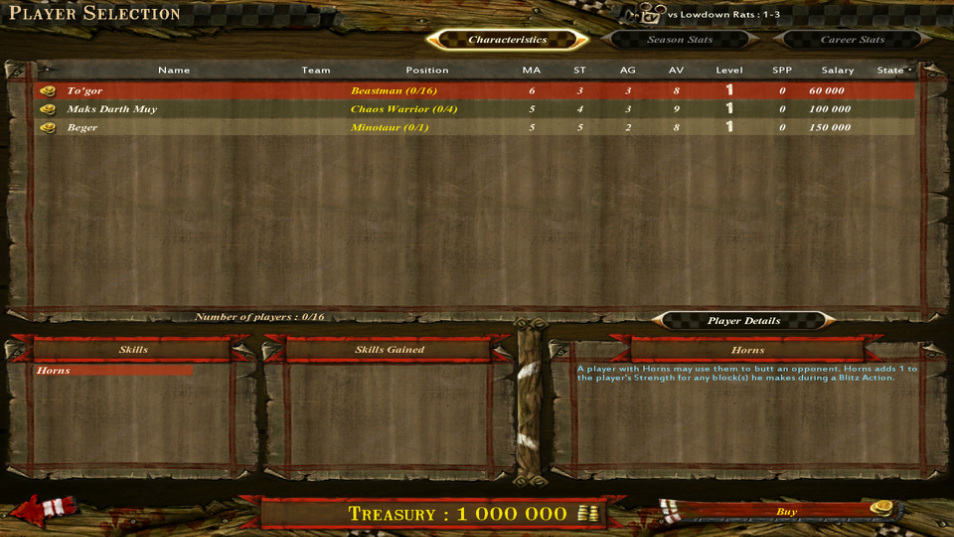 You can see they don't have as many player options as some of the other teams, but mutations can really diversify the skills of the Beastmen. 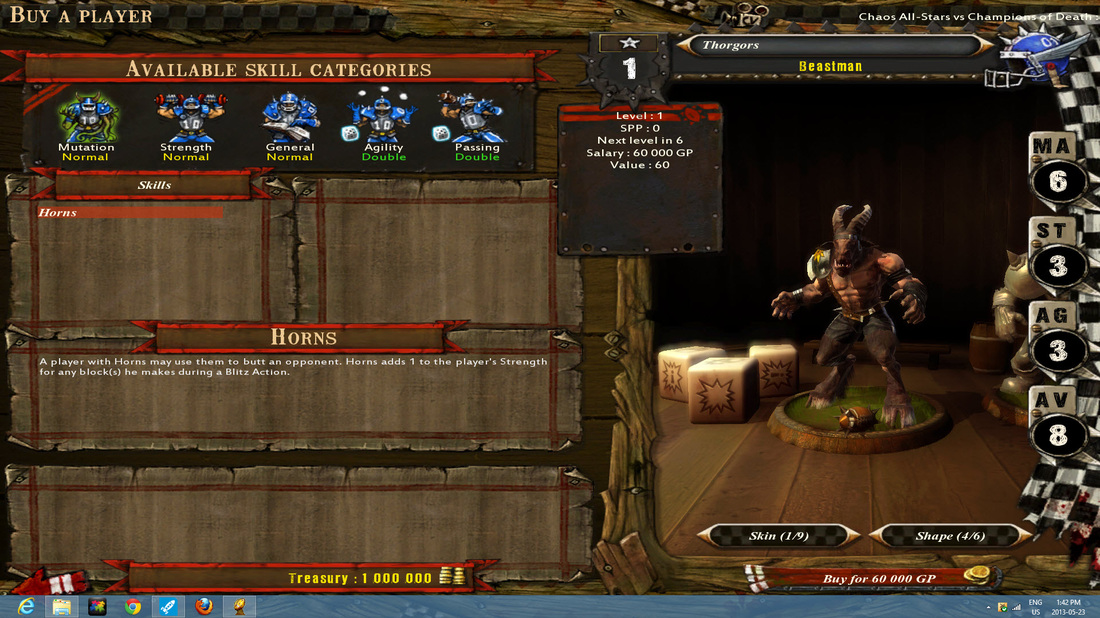 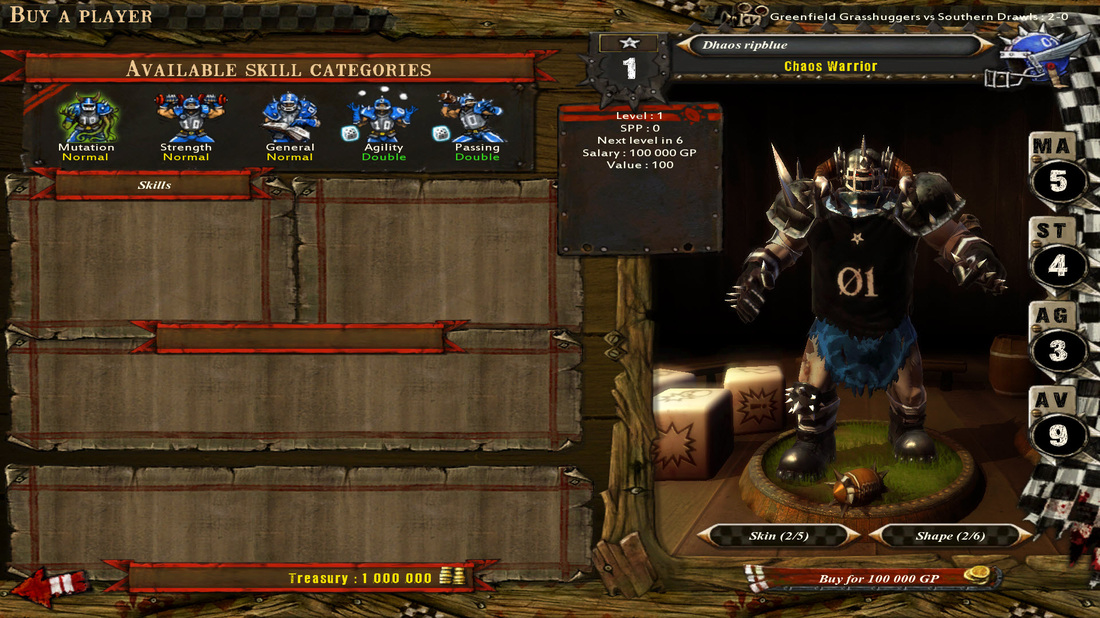 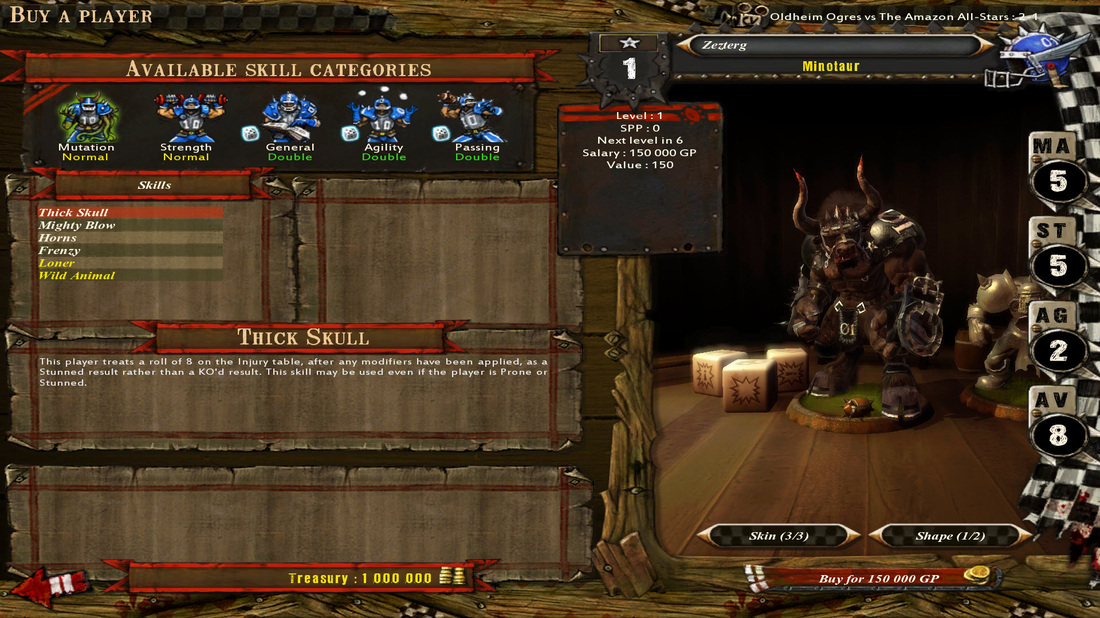