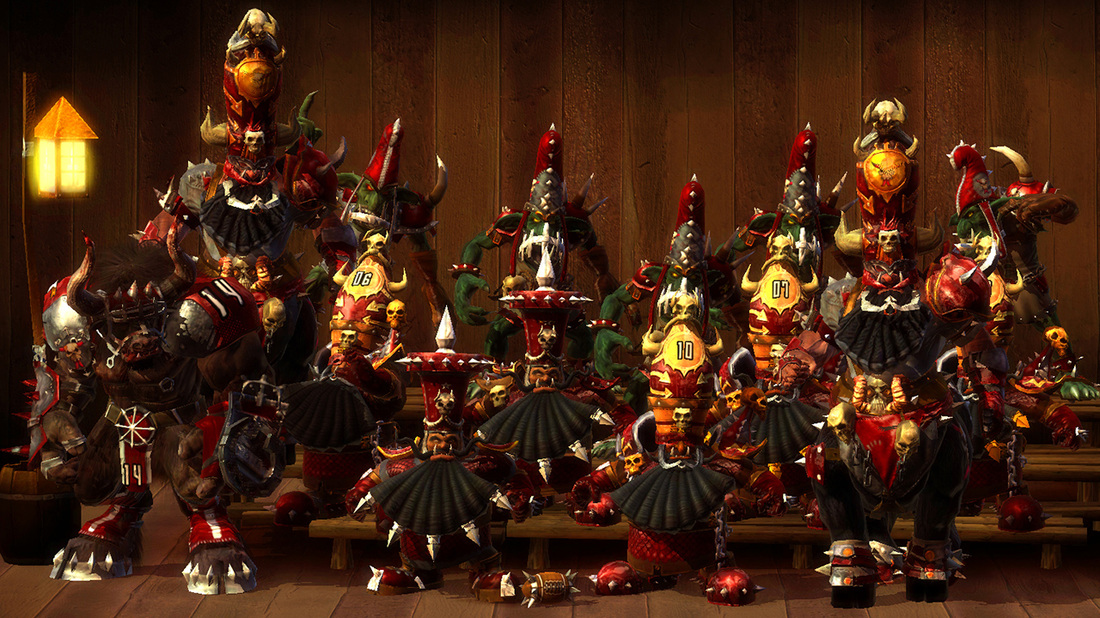 Like the Chaos Team, the Chaos Dwarves are more of a hitting team than a play-making team. They are even sturdier and stronger than the Chaos teams, and so might be easier for a new player, but don't have the open access to Mutations as they gain experience. Still, I love minotaurs and bull centaurs, and Chaos Dwarves are no slouches either. The weakest players on the team are the hobgoblins, but they are dirt cheap and with an 'average' Agility are really the best option for actually moving the ball. Almost the only option for moving the ball, as everyone else plays like they're wearing boxing gloves. This is really a team you can use to intimidate the more fragile teams such as the various Elves, who will likely spend much of the time trying to avoid getting hit. Which they are good at, so don't underestimate them.

Here is a shot of the player selection list: 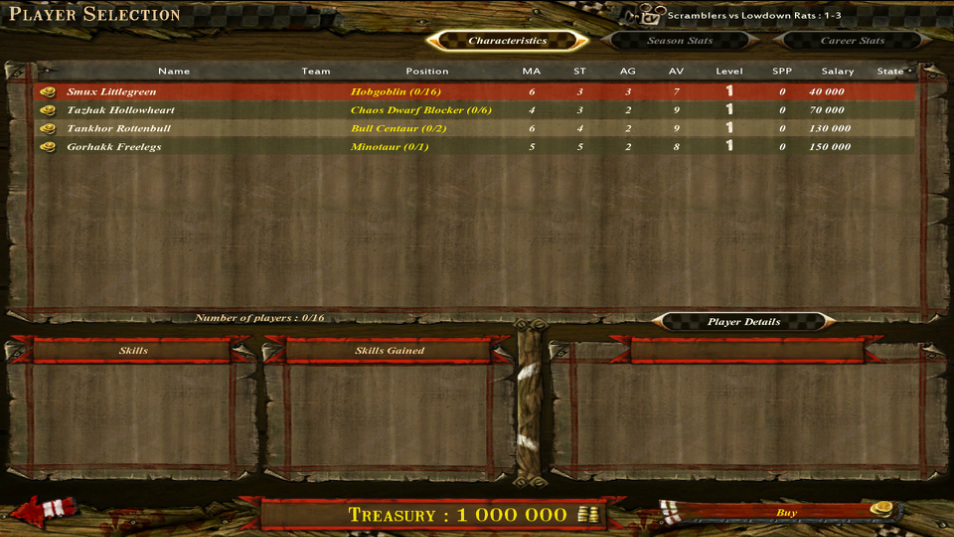 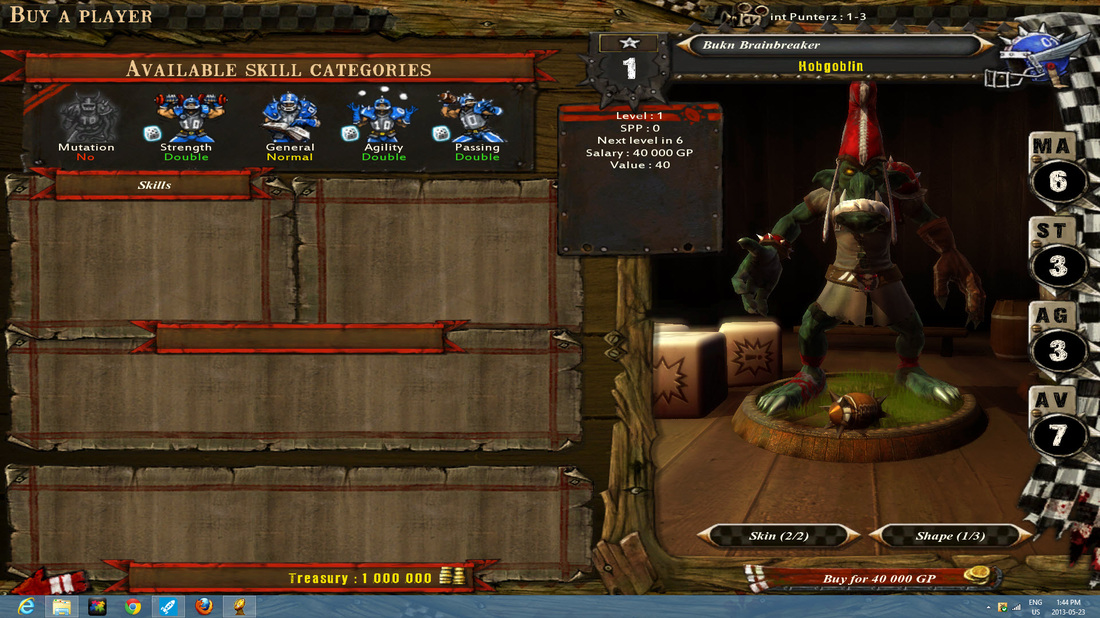 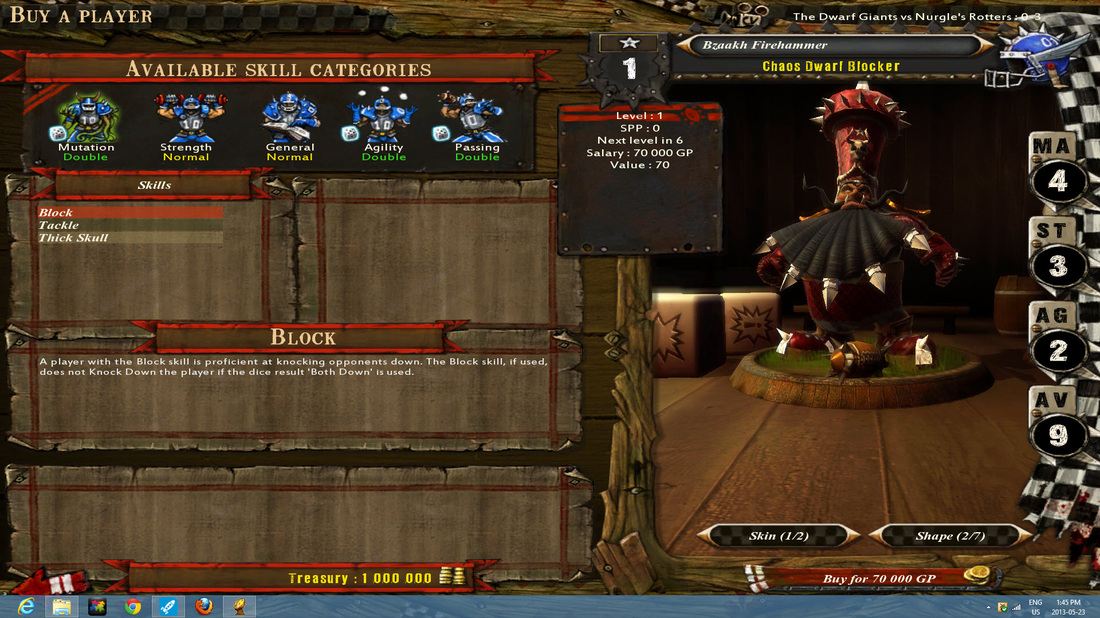 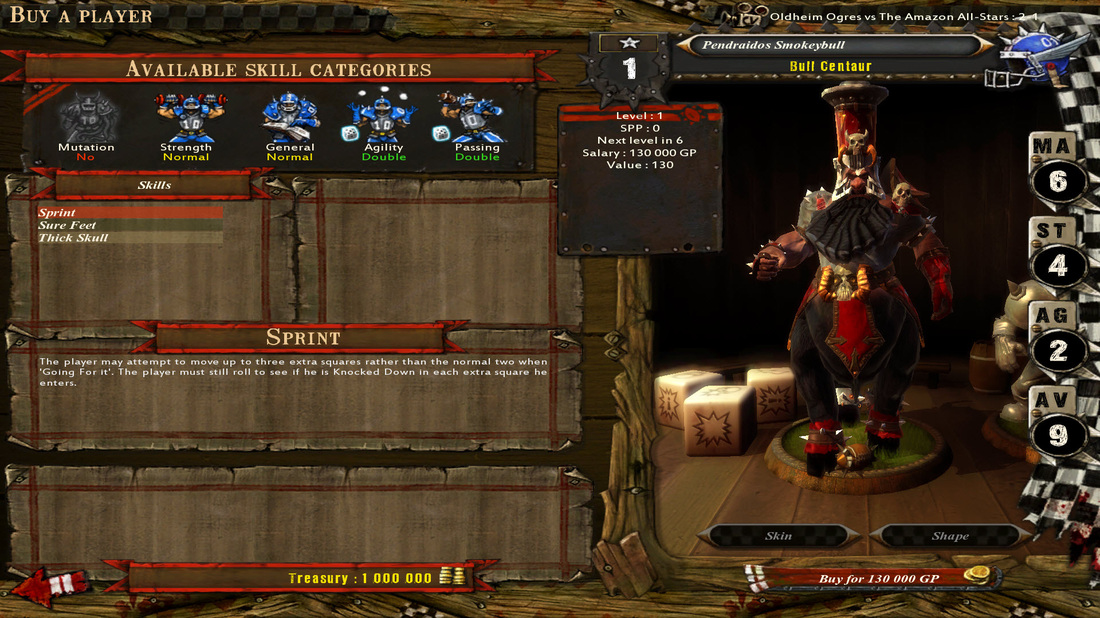 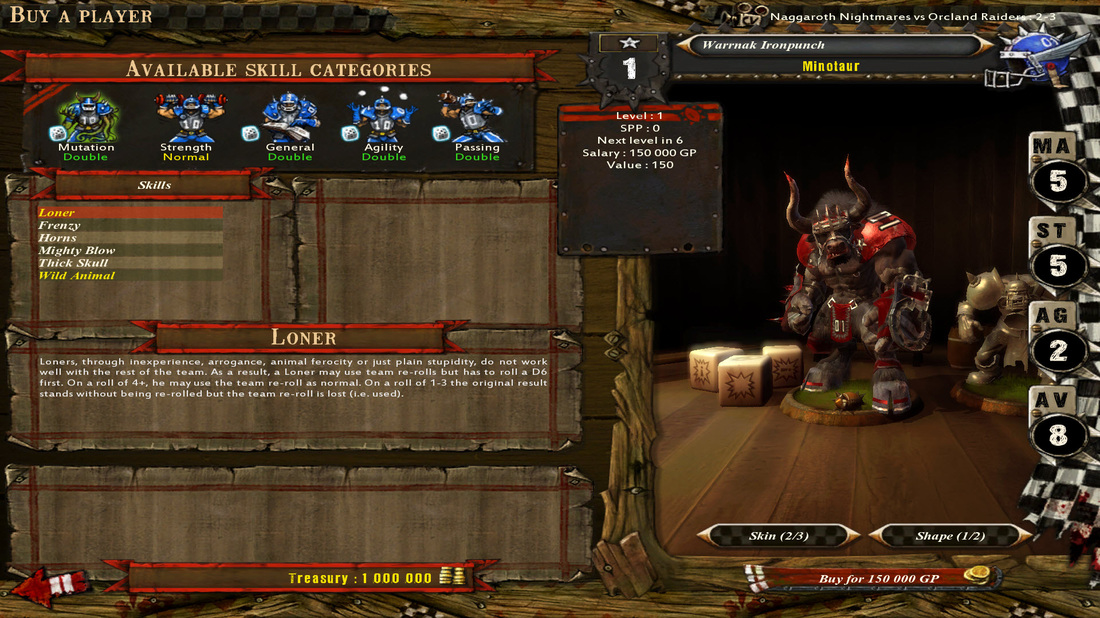