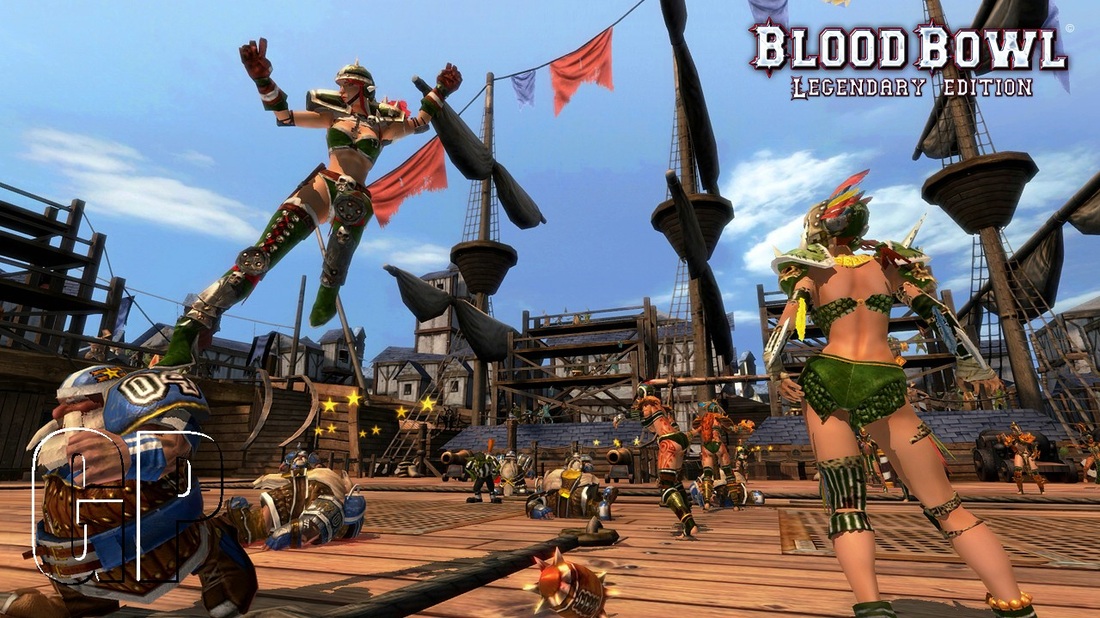 Those of you familiar with Greek Mythology have probably heard of the Amazons: an all-female warrior-like people noted for both their courage and savagery. Though mythical in proportion, some archaeologists claim their may be some historicity to the myths based on the discovery of burial sites containing women buried in full battle gear, particularly in regions where ancient historians claimed the Amazons resided. (You can look up the details yourself. This isn't a history class).

As a team, I find the Amazons middle-of-the-road: they all have an ability called Dodge, which makes them slightly tougher to knock down, but as you can see in the picture they wear little protection and thus tend to get injured more easily when they do kiss the turf. Still, it's not a tough stretch to get them all Block and Guard as well, which gives a pretty solid line of scrimmage.  They are also relatively cheap to hire, leaving more money in your budget for things like rerolls and an apothecary. Here's a shot of the Amazon player selection list: 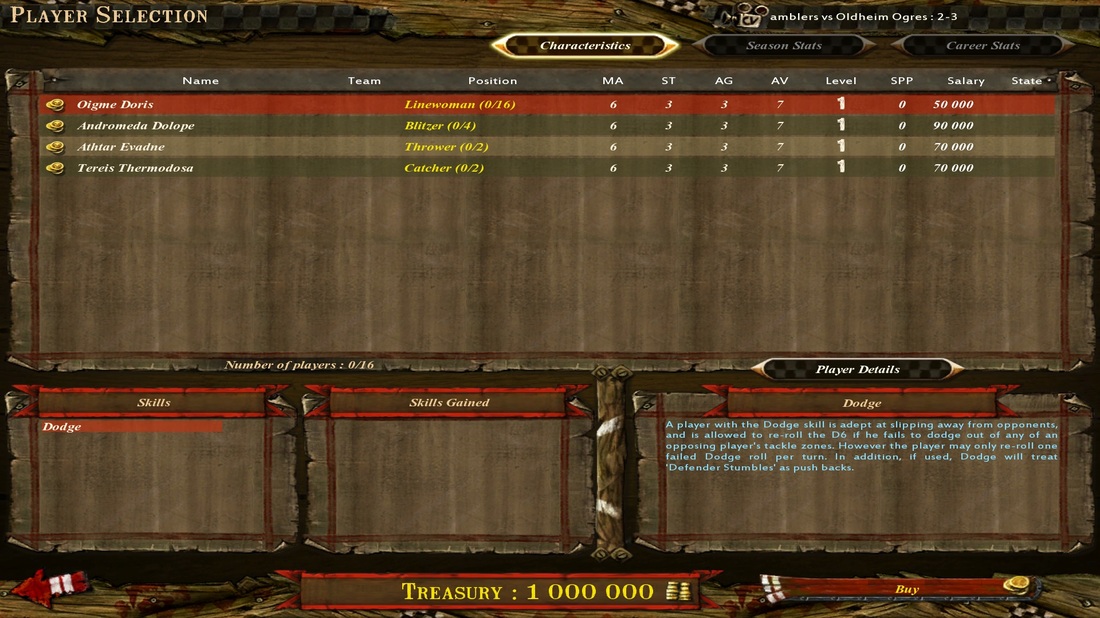 As you can see the Amazons have no Big Guys (trolls and the like) to help them out, which can be a bit of a disadvantage against hitting teams. But amazons are not a hitting team. Use their Dodge skill to best advantage to avoiding hits and finessing the ball across the fields, at least until you can build them up with other skills such as Block and Guard. 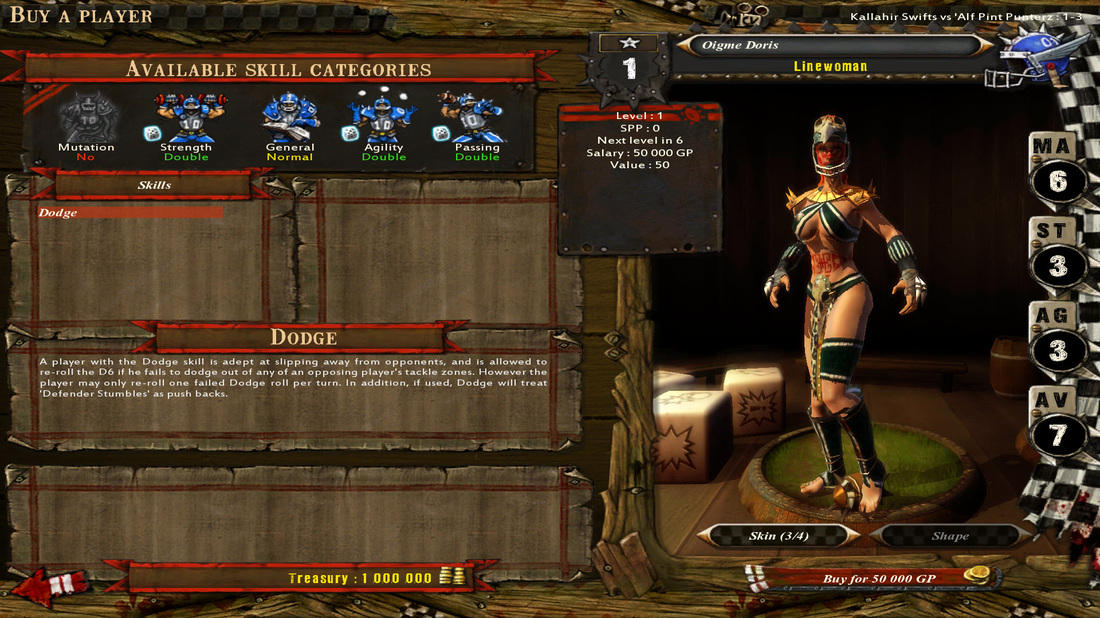 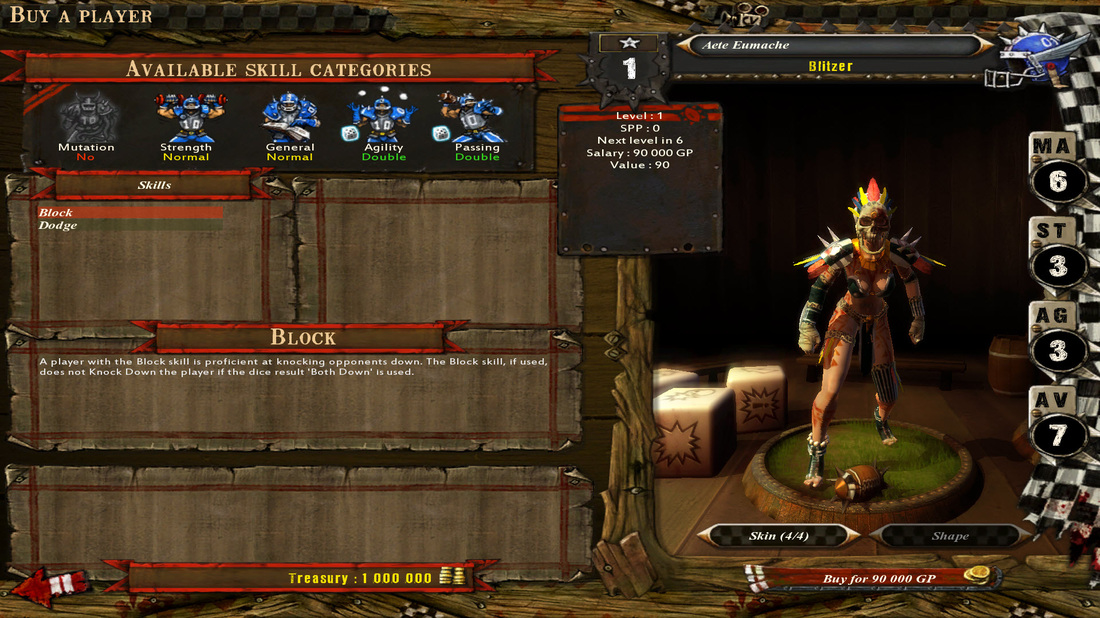 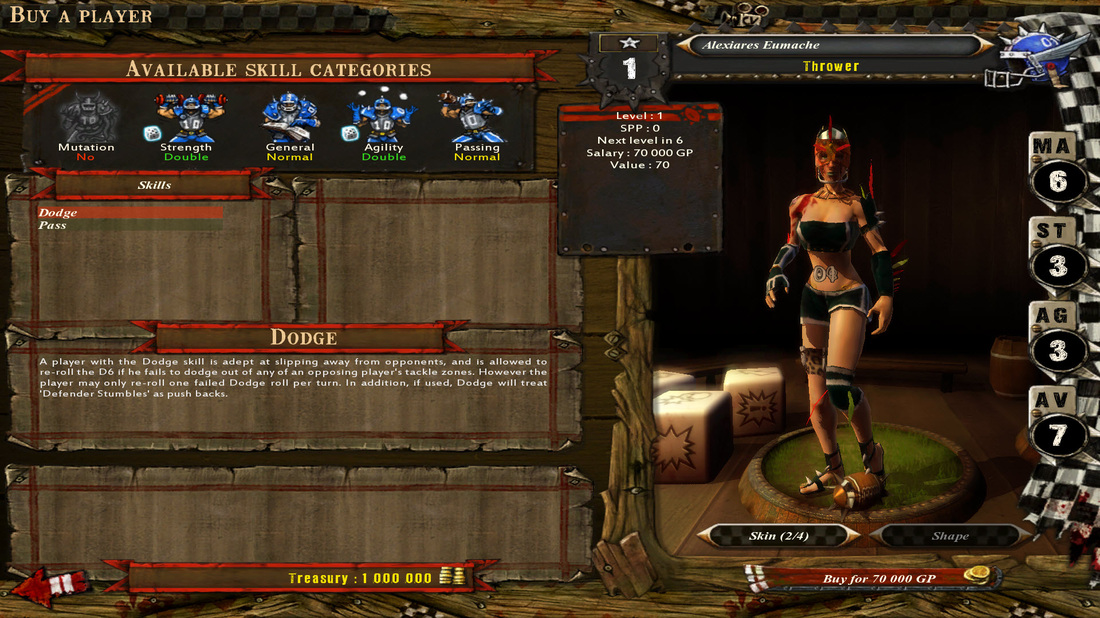 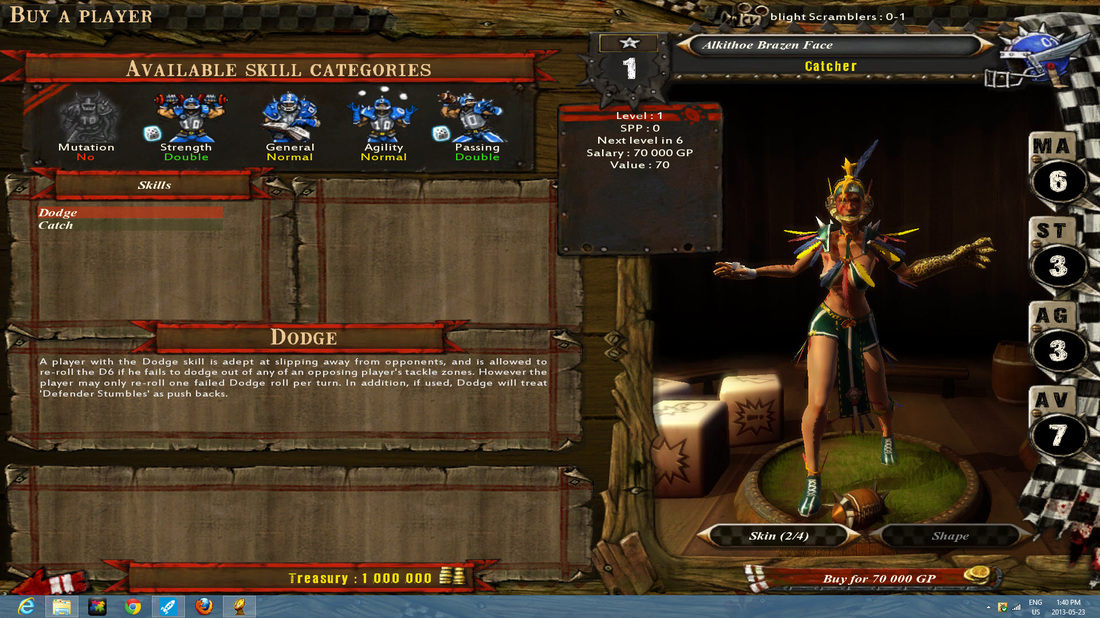